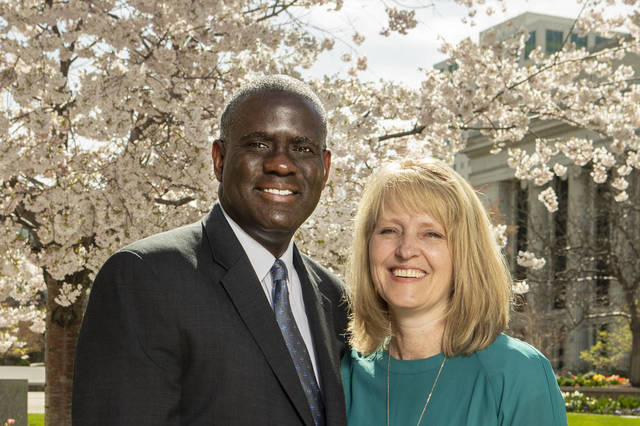 How a Muslim Became a Latter-day Saint General Authority

Peter M. Johnson was born November 1966 in Jamaica, Queens, New York City. He is the fourth of five children born to McKinley Johnson and Geneva Paris Long. McKinley Johnson affiliated with the Baptist church; Geneva with the Jehovah’s Witnesses. Elder Johnson remains grateful that a belief in God was established and encouraged in their home.

At a young age, while living amidst the rich and diverse culture of New York City, Elder Johnson joined the Nation of Islam and became Muslim. That association provided needed guidance and support and prepared him, later, to embrace the gospel of Jesus Christ.

When he was 11 years old, Elder Johnson’s parents divorced, and his mother moved to Hawaii. At the age of 15, he joined her there.

It was in Hawaii that Elder Johnson discovered sports — especially basketball — and started down a road that would lead to a university education and membership in The Church of Jesus Christ of Latter-day Saints.