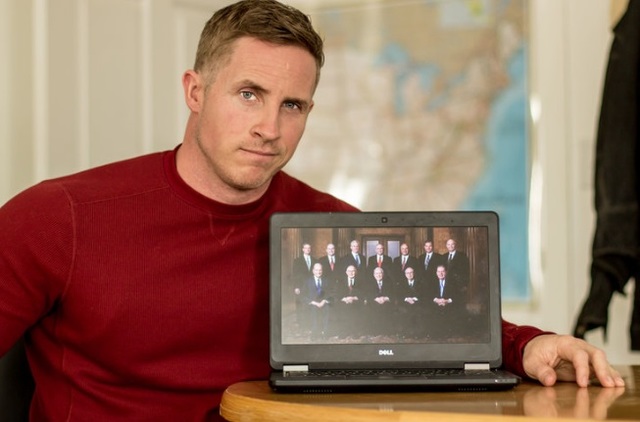 Josh Searle was one of many gay Mormons whose stories were featured on the Church's website, mormonandgay.lds.org. Here is just one of the Church videos that shared his story:

Recently, he wrote this post on his blog, one which he gave us permission to republish in full.

The hardest question asked during my interview with CNN was “Do you think the Mormon Church does enough for LGBT?” I was terrified how my answer might be presented back to the hundreds of thousands of the CNN audience.

I replied something along the lines of “This updated website (mormonandgay.lds.org) is a great step, but I’m still searching for specifics. I still don’t know how to live a celibate life in a healthy mentally, emotionally, and spiritually way long-term.”

My story, along with four other individuals', was posted to the updated mormonandgay.lds.org website and reported on national news outlets. Within days, I received over 700 messages ranging from:

"You are helping so many."

"You’re the reason so many young kids kill themselves."

"You haven’t really tried hard enough to be attracted to women."

"You just haven’t found the right guy yet."

"You backstabber to your own kind."

"You’ve given me hope to continue."

Prior to being interviewed by the Mormon Church, I had a conversation with a Church leader. He made the comment, “Being gay is just like being an alcoholic. We all have temptations and vices. Being gay is not different.”

What?! What a gross comparison. It’s like saying to a young couple, “Losing your child to cancer is like losing a job. We all experience loss and pain. Losing a child is no different.” I was frustrated and lost faith in God’s leaders in understanding what I was going through as a gay Mormon.

Fast toward to now. Welcome to me, Josh, crashing. I found myself with growing anger towards Church leadership and specifically the Quorum of the Twelve. I would say to myself, “I wish we had some gay apostles or gay general authorities giving an example of being single and celibate their entire lives.”

Even the thought of reading anything provided by the Church only fueled my distaste.

As my anger festered, I was constantly complaining to God. Then one day while showering, I had my forehead pressed against the back wall as the hot water washed over my body. I stood there meditating about my situation when a loving rebuke entered my mind:

"Josh. Stop it! Get off the apostles’ backs. It’s not their calling to be the example. I, your Savior, am example, not them. You look to me. You study my life and live after my manner. Notice I never gave the example of the perfect husband or father. Mine was the example of compassion, obedience, and doing the will of the Father. You look to me and I will guide you on the specifics of your life."

Immediately, peace filled by soul and there was no anger to be found. I stood in that shower, being reminded again of God’s love for me and His desire to be part of my life and my challenges. It’s a simple reminder I forget too often. A reminder that I need to always look to our Savior.