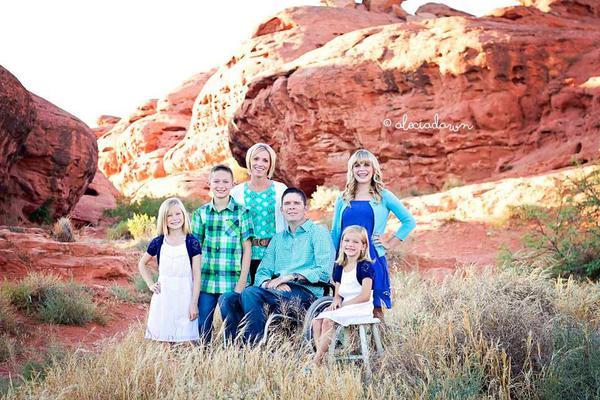 How My Testimony Helped Me Overcome Paralysis Twice

MR Says: What an inspiring example of relying on the Savior to overcome life's toughest trials.

On Dec. 22, 2001, Nathan Ogden stood at the top of a steep ski slope in beautiful Bend, Oregon. The morning mountain air smelled like Christmas.

On this glossy, travel-magazine morning, Ogden raced down the mountain and launched himself off a large jump more than 30 feet into the air. He’d spent years soaring above the snow, but this time something was different. Ogden caught more air than expected and slowly rotated backward, slamming onto the slope.

He asked his body to stand, but his legs didn’t listen. Ogden would soon learn his neck wasn’t just broken — it was shattered.

Still, despite long odds, even there on the side of a ski slope, he knew one day he would walk again.

Over the next few months, this married, Latter-day Saint father of a little boy and girl determined that a broken neck did not necessarily have to mean a broken spirit. While the doctors were doubtful he would walk again, he threw his soul into rehab and remained confident.