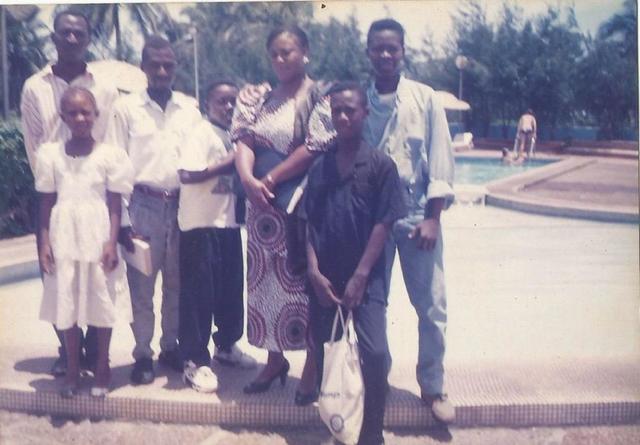 How One Family Brought the Church to Thousands in Togo

What an incredible story of persistence. It just goes to show how one person's life can impact so many others.

Ludovic Attiogbe was born in a small nation in West Africa called Togo. He lived there with his mother, father, and little sister. Attiogbe remembered when he was a small boy, his father, Dieudonné Attiogbe, moved to work in London.

While his father lived in England in 1989, Dieudonné Attiogbe became a member of The Church of Jesus Christ of Latter-day Saints. When he returned home, he was excited to tell his family about his new religion. However, the LDS Church did not exist in their little country.

Knowing how important it was to have the church in Togo, Dieudonné Attiogbe started investigating to see if he could bring a branch of the church to his family and neighbors.

“He started sending letters to the church headquarters in South Africa, and the church in South Africa sent a letter to Salt Lake about my father asking if he can organize a group,” Ludovic Attiogbe said in an interview.

When Dieudonné Attiogbe received a response that gave him tentative permission, he was overjoyed. The letter included the names of 70 people who were from Togo, were baptized abroad and had returned to Togo.

Mormon Life AfricaAfrica,Mormon Life
Comments and feedback can be sent to feedback@ldsliving.com