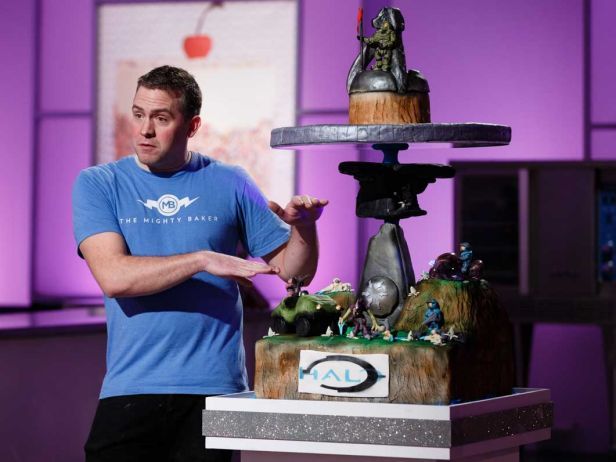 Tidwell recently competed on the Food Network show Cake Wars, where contestants create and decorate themed cakes in the hopes of winning $10,000.

The competition was judged by Ron Ben-Israel, Waylynn Lucas, and guest judge Larry Hyrb, the director of programming at Microsoft.

The episode aired August 1 where Tidwell impressed the judges with his Halo-themed creation.

"The detail work on your characters, I think, is impeccable down to the suiting and the armor," judge Waylynn Lucas said on the show.

But it wasn't only the design that captured the judges' admiration. "Pete, the problem with your cake is that it's going to keep me playing all night," Ben-Israel ravedraved. "It's packed with such chocolate flavor and intensity that it's impossible to have only one bite."

Besides the $10,000 prize, Tidwell also had a chance to take his creation to the Halo World Championship in Los Angeles.

A BIT alumni, Tidwell owns his own bakery, The Mighty Baker, in Provo, Utah, where he creates custom cakes and wedding cakes as well as dessert catering.