How One LDS Band Brings Together Christians from All Denominations

After the presidential election, public shootings, and terrorist attacks, our country is more divided than ever. A recent Gallup poll shows 77 percent of the country is "divided on the most important values." In such a state, it is refreshing to share stories of inclusion, unity, and hope.

Kicking off it's first Christmas tour this year, the Nashville Tribute Band is passionate about creating events that bring multiple Christian denominations together. It's deep in their country roots.

Jason Deere, Nashville songwriter, producer, and founder of the Nashville Tribute Band explains, "I grew up in Oklahoma. My dad has a background of the Church of Christ. My mom was Baptist. I had uncles and aunts from every religion you can imagine. One thing I always loved is that, even though we had differences, we all got together for Christmas, and we forgot all those differences."

Over the last 10 years, the Nashville Tribute Band has performed over 1,200 shows, many to benefit local charitable organizations. Reverend Joyce Smith, Senior Pastor Community AME of Zion Church, recently worked with the Nashville Tribute Band to benefit local food banks. She says,"It does not matter what denomination you're from. If we know Jesus, that's the most important thing of all."

Nashville Tribute Band was formed by Jason Deere and Dan Truman (keyboardist of country supergroup Diamond Rio). Deere and Truman are joined by country trio Due West and pop singer/songwriters Ben and Chad Truman, also known as the Truman Brothers.

The Band has performed over 1,200 shows in 10 years in the U.S., Australia, China, and Canada. Their original music has paid tribute to specific figures of history, and their album Redeemerwas a Top 10 album on the Billboard Christian chart. They've just released their first Christmas album, Merry, and are currently on their Christmas tour in Utah and Idaho. 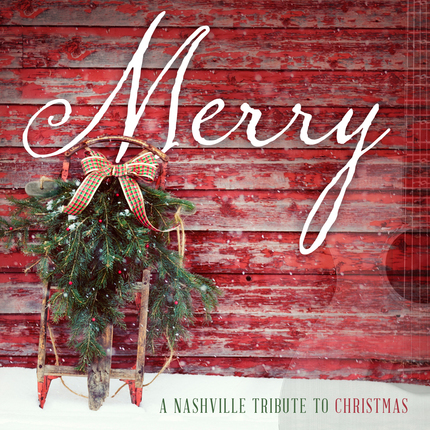 Bring a unique spirit of Christmas into your home withMerry!

With the release of their first Christmas album, the gifted musicians of the Nashville Tribute Band perform in a style that brings celebration and a true sense of joy to classic Christmas songs as well as several moving originals. Their signature tight harmonies, powerful Nashville-style production, and creative arrangements make for a must-have Christmas album to help celebrate the season in your home.