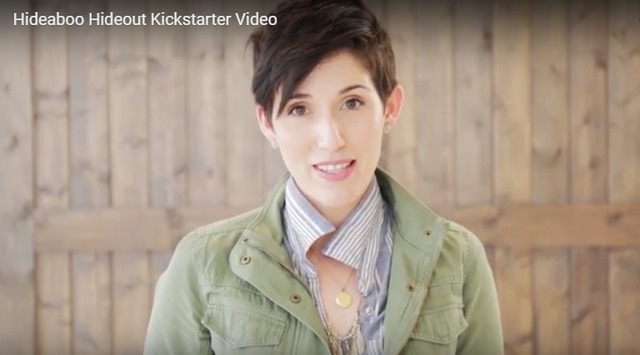 How an LDS Junior High Dropout Became a Successful Entrepreneur

Most 16 year olds are focused on getting their driver license.

AshLee Winterrose was focused on moving out.

From a young age, Winterrose knew more responsibility than most children her age. Her mother was 16 when Winterrose, the oldest, was born and Winterrose says she did a lot to help take care of her younger siblings.

This made her more mature than most kids her age and left her feeling like she "never had a place." On top of that, Winterrose also found herself the target of bullying in junior high.

And she didn't. Winterrose dropped out of school when she was in ninth grade and moved to be on her own when she was 16.

After dropping out of junior high, Winterrose studied for and obtained her GED.

But before she went to Southern Utah University to study to become a teacher, Winterrose was in Orem working at Kinkos when she met her future husband.

He came in to use a computer while Winterrose was in the middle of an evening ritual of thumb war and bantering with a regular customer.

"He said something like, 'I bet that makes your boyfriend jealous,' and I said, 'Nope, I don't have one,'" she says.

From there, "it was all over," Winterrose chuckled, and the two began dating two days later.

But as they began seriously dating, a series of health problems plagued the couple. Winterrose had a cyst burst inside her body, causing internal bleeding and requiring her to have surgery.

Around the same time, the Bobcat truck Winterrose's future husband was using at work tipped over and left him with a serious brain injury that resulted in up to three seizures a day.

Though Winterrose says the two had kept putting off getting married until both of them were healthy, she says at one point, they decided if they didn't get married soon, they might not get the chance.

"Heavenly Father has kind of done that in our lives, where sometimes we're over-cautious and so He just stops us in our tracks so that we have to think about it and then He just says, 'Okay, there's something right in front of your face and you're not seeing it,'" Winterrose says.

And so in 2005, right after finals, the two were married.

But there would still be more trials ahead for the couple.

"I've always loved school," Winterrose says. "It was so hard for me to leave school."

And her love of learning was perfect for her desired profession, a teacher. Combined with her love of children, Winterrose decided she wanted to work with children in preschool or kindergarten.

But as she was finishing up her college education, the responsibility of caring for dozens of the children with different needs became daunting. Winterrose says at one point, she considered switching her major.

In fact, she had just called to tell her grandmother she was changing majors when she heard a speech by a motivational speaker who was also a teacher.

The speaker was a nonmember but faithful, Winterrose says, and as the speech went on, Winterrose knew what she had to do.

"I remember crying so hard during it and thinking other people are going to start thinking something is wrong with me," Winterrose says. "It was a very strong prompting that you need to keep going in this direction."

After the speech, she called her grandma back to tell her she was going to be a teacher.

It was a decision that would help shape Winterrose's career, both as an educator and as an entrepreneur.

After three years of teaching, Winterrose left to have her first child and later opened up her own preschool and kindergarten, Playful Studies Preschool.

Looking for a way to make extra money with her grandma, Winterrose came up with "Hide-A-Boo Hideouts," a company based around a five-sided table-slipcover tent meant to promote learning and play.

Winterrose said after working four part-time jobs with her teaching, she also wanted something easy that parents could use to interact with their children.

Working with her sister, Winterrose came up with several designs including a castle and submarine and posted their product on Kickstarter.

And surprisingly, most of the money raised didn't come from parents but from teachers, Winterrose says.

Though Winterrose says she never intended to be a working mom, her Kickstarter success and her teaching career have helped to share her talents with the world and help her family.

"One of the greatest comforts is that every choice was prayerful and had its role in our learning and growth," she says. "Patience has been crucial and what I have come to understand is that in my life God always works for the greater good. Yes, He could take away the struggle in an instant. But I have seen Him use our circumstances for not only our learning and the greater and eternal good for us as a family, but in the influence that can ripple forth as you are able to empathize with others as others observe and watch His hand in your life—it is all a testimony to me of his wisdom and mercy."