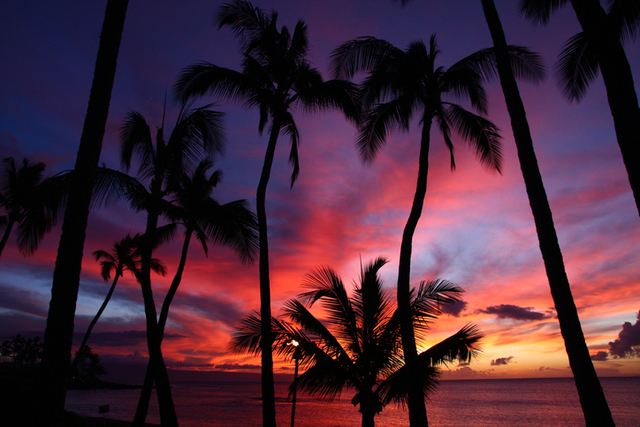 The strength of faith and the depth of spiritual understanding the Tongans demonstrated constantly amazed me. I knew that hard work and extra effort on my part were necessary just to stay close, let alone try to catch up with them. One experience that taught me this came not long after our arrival in Tonga.

I was working in the office one day when a young man brought me a note. It was a request from his great-aunt, with whom he lived, to visit her. It was signed “‘Ofa.” The note gave an address and said she was always there, so any time I could come would be fine, but she needed to discuss something with me. I told the young man to tell ‘Ofa I would visit her the next day in the afternoon.

I remembered ‘Ofa and her husband very well. As a young missionary I had been very impressed by this particular older couple. They were always helping the missionaries and others. They had not been able to have children of their own, which I’m sure was a disappointment to them, but there were always other children around their home whom they tended and fed and helped in many ways. I noticed that many times ‘Ofa took food to older folks or those who were sick or in some kind of need. She and her husband were very helpful to me also. I was in that area only briefly before being sent to a distant island, but the impression they made on me was deep and lasting.

Now, after many years, I was going to see them again. I wondered about her husband, as the note made no mention of him. I anxiously looked forward to the visit and to seeing what great blessings the Lord had given them during the intervening years. In my mind’s eye I imagined them living in a fine house with a beautiful garden and lovely trees and flowers. I realized they would be older now, but I was sure they would be in good circumstances and have many friends to help them.

As I drove to the address, I realized that they were in the same location as before. And as I pulled up to the weather-beaten, tumbledown, coconut fale (hut), my vision of a beautiful home and garden was shattered. Why, this was the same house they had had years before, only now it was in a terrible state of repair. The rut-filled roads were the same, the neighborhood was the same, just older. It had been raining, and now there was a light drizzle. Everything was muddy and damp and musty.

I parked on the road close to the house and got out. As I closed the car door, an old woman came out of the house and stood in the doorway. It was ‘Ofa. As I walked up the pathway I saw her put out her hand and move it back and forth in a slightly waving fashion. I could tell she was blind. I took her hand, then gave her a big hug. I realized that she had not long to stay in this life, as she had nothing but the frailest body of skin and bones.

“Come in, come in,” she beamed. “Let’s sit down and talk. It’s so good to see you again.” Though her eyes were sightless, I was sure she saw. We sat cross-legged on the mat and visited for a long time. She talked about her continuing desire to help the “poor people.” Finally she said: “The reason I asked you to come is so I can give you my fast offering. My branch president won’t take it, as he says I need it. President Groberg, he has no right to deny me the blessings of paying fast offerings. You are the mission president, you straighten him out. I give this money to you. Please tell the branch president to take it from now on.”

She then handed me an old handkerchief tied around some coins she had been saving. I said: “Maybe the branch president is right. Maybe you should be receiving help rather than giving it.” She looked at me for a long time and I actually felt she could see me. She was thinking deeply. After a moment she smiled and kindly informed me that, even though her husband had died, she was rich and had nothing to worry about.

I was a little confused, so I began to inquire: Had her husband left her a lot of money? Had she received an inheritance? If she was rich, why didn’t she have a better house? She softly laughed and said, “No, no, not like that.” I asked if they had ever gone to the temple in New Zealand. “No, we never made it. We often saved money to go to the temple, but ended up giving it to someone else who seemed to need it more.” She told me she had recently gone blind. She said it was more difficult now to sew and cook and get around, but she continued to do the best she could to help others. That was her life.

Every physical blessing I felt she should have received seemed to have eluded her. I continued to question her; and when all the facts came out, I said: “‘Ofa, how can you say you are rich and you don’t have anything to worry about? You have no husband. You have no children. You’re blind. You are in poor health. You live in a run-down home. Your roof leaks. You haven’t been to the temple. How can you say you are rich?”

I recalled what the Lord said so clearly in Doctrine and Covenants 6:7: “Seek not for riches but for wisdom, and behold, the mysteries of God shall be unfolded unto you, and then shall you be made rich. Behold, he that hath eternal life is rich.”

We visited a while longer. As the sun began to sink in the west, it sent long shafts of golden beams across the floor of that humble hut. I marveled at the brilliant hue. Finally, I stood and bade farewell to ‘Ofa.

As I left, the sun was very low and I realized that a soft transformation had taken place. The golden “huelo ‘oe la’a” (afterglow of the sun) had turned the mud into veins of gold; and the run-down hovel into a beautiful mansion. The final rays of the setting sun colored the tattered coconut leaves with an amber-like richness that made them glow and sparkle like precious jewels. What a magnificent close to a beautiful day, heralding a similar close to an equally beautiful life! . . .

‘Ofa has long since passed away, but even today I often think of her. She had sought for and found the riches of eternity. She knew in whom she trusted. Not only has she gone to a great reward, but she tasted some of it while still here. I hope we can all do likewise.