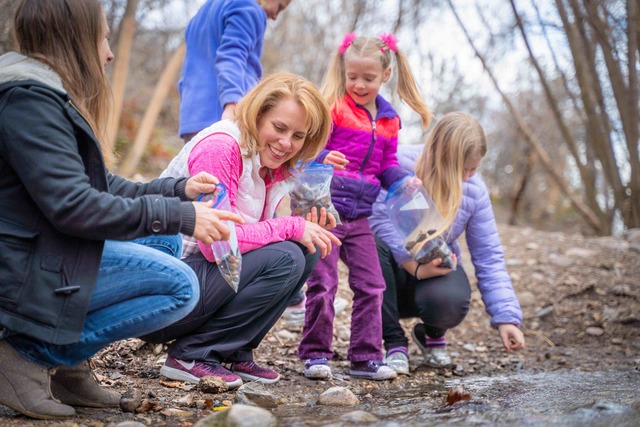 After going through one of the most devastating times of her life, Patti Rokus found healing and inspiration in rocks.

While solo camping in Montana, Rokus was drawn to a dry riverbed featuring rocks of different sizes, shapes and colors. She filled a bucket and took them home, even though she wasn't sure why.

At the same time, Rokus was in the great outdoors to commune with God and find spiritual guidance for what to do next with her life.

"Could I do something different from technology and corporate America? Is there something else I could offer the world?" Rokus said. "That was the prayer I went in with and I was really disappointed to come out with no answers. I felt like I had no new direction. But I did come out with a bucket of rocks, which I thought was random. I thought they were beautiful. I thought I might put them in a rock garden or something."

Little did Rokus realize how the rocks were part of the answer to her prayers.

HarperCollins Zondervan, the world's largest Christian publisher, published both books. Links to videos and other information is available at rockstellstories.com.

"There's so many miracle stories in this that show me God is with us all the time, even if I'm not aware of it," Rokus said. "That theme just kept coming up again and again as I made these. Maybe these books weren't for anybody else. It was to teach me that God is so real and intimate."

Rokus said her journey with rocks began in 2014 when her marriage ended in divorce. Rokus, who has worked for Microsoft, Nike and The Church of Jesus Christ of Latter-day Saints during her career, was granted some much-needed time off and embarked on a three-month camping trip.

In 2016, Rokus decided to take a second trip into the wilderness, this time traveling to Montana where she discovered the rocks. Back at home, she began to examine them. One appeared like a halo and another like somebody kneeling. 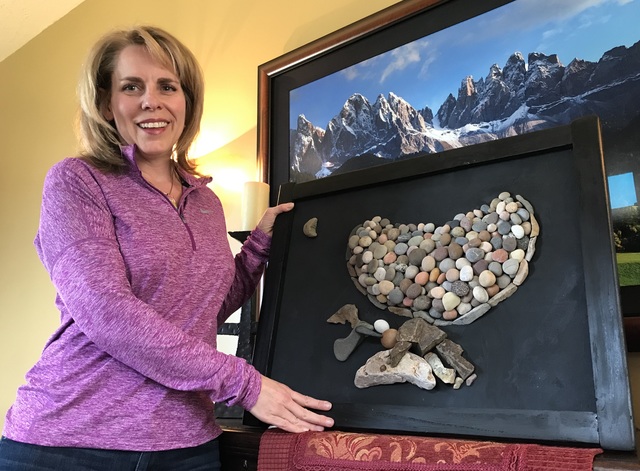 "I was pushing the rocks around," Rokus said. "I'd never noticed people or shapes or anything in rocks. I found a rock and said, that's Mary kneeling for the angel Gabriel. I wondered if there was an angel in there? I pushed the rocks around and found a beautiful, long rock (for a body), a triangle (to represent wings), and a circle (for the head), and I had my first picture."

The rocks reminded Rokus of a New Testament scripture — Luke 19:40 — which reads "the stones would immediately cry out." To her, it was a metaphor that even rocks testify of Christ by being organized into shapes of people that depict the stories of Jesus.

This led Rokus to arrange the rocks into scenes from the Savior's life, which she then photographed and shared with friends. One friend replied that she wanted a book, which Rokus thought was "crazy," she said.

"Nobody wants a book," Rokus said. "I thought this was just play."

But by Thanksgiving, with the help of a friend, Rokus had created a prototype. She posted a video on Facebook, asking if anyone was interested in a copy of her book. Within two days she had 6,000 views. Within a few weeks she sold several hundred Christmas books. Over time she sold 20,000 copies.

"My whole Christmas was ruined because I was working full time and every evening I was putting stamps on envelopes," Rokus said.

That motivated Rokus to find a publisher. She eventually connected with HarperCollins Zondervan and published the second book, "He is Risen."

Rokus said creating scenes that depict Christ's agony in the Garden of Gethsemane and on the cross were both challenging and powerful for her personally.

"How do you convey that — to have an experience in your life where indisputably God was involved? I don't know. I wish I knew how to tell people because I think that is the gift," Rokus said. "There were so many miracles in how all of these were created."

Her biggest fans have been parents and children. Rokus has received several emails from families with attached photos of children using rocks found in their backyards to create scenes from the scriptures.

Rokus hopes readers will experience in a small way what she has experienced. Rokus still marvels at how it all unfolded, she said.

"I could not have made any of this happen," Rokus said. "I thought I didn't get any answers to my prayers. But I was being answered the whole time."