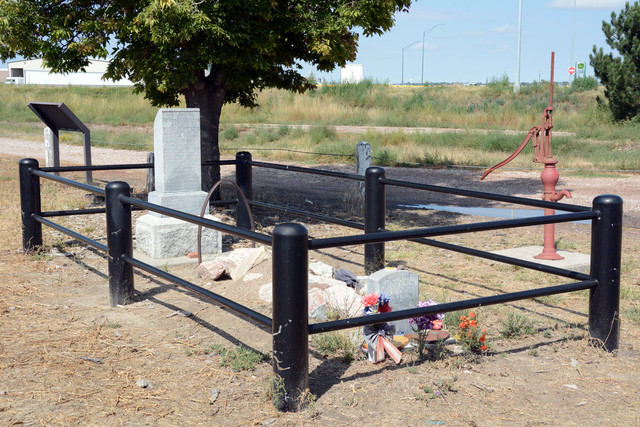 Where there was once only a slightly bent metal wagon wheel adorning Rebecca Winters's grave, now her final resting place has not only moved but has also gained a headstone and a signpost commemorating her trek west, her passing, and, in some ways, every Latter-day Saint pioneer.

An article about Winters's grave by Atlas Obscura explains, "Many people died on these trails, but few of their graves can be found. Often, people were buried directly beneath the road, where wagon wheels would run over their graves, hardening the ground and keeping their bodies protected from animals. But Winters’s grave was different."

How did this long-forgotten grave suddenly become a site visited by thousands, a curiosity covered by national publications, and a monument to the lasting legacy of the pioneers?

Rebecca and her husband, Hiram, were both baptized in the summer of 1833, and after taking up residence in several eastern states while trying to escape religious persecution, the Winters family decided to trek west to Utah in 1852, according to the National Park Service.

While on their way, however, cholera struck their group, and after contracting the disease, Rebecca passed at the age of 50, according to the National Park Service.

Hers was not a typical grave for pioneers, with an unusually deep pit, blankets to cover her, and an impromptu casket made of abandoned wagons. A family friend, William Reynolds, also bent a wagon wheel into the shape of a headstone, etching her name into the metal. According to the National Park Service, her unorthodox treatment was a testament to people's fondness of her: "By all accounts, she was a warm and caring person, deeply committed to her faith and her family." 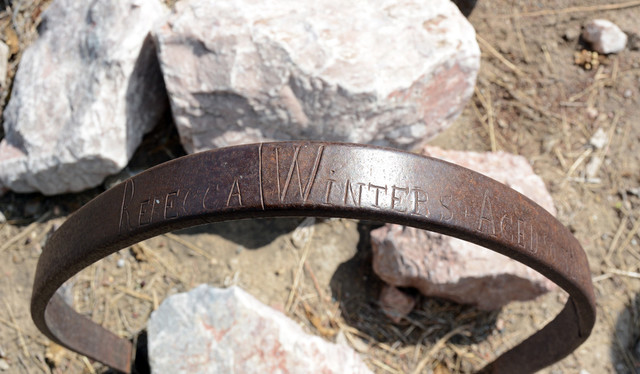 In 1902, Winters' descendants erected a monument to her on her grave. Years after her death, after train tracks had been built in Nebraska, the new railroad ran extremely close to her grave,  prompting a fence to be built around it, according to Atlas Obscura.

The new prominence of the site helped attract thousands of visitors, and her grave was moved away from the tracks for safety.

As Only in Your State notes:

"Although thousands of travelers died and were buried along the trails, very few marked grave sites remain. Rebecca Winters' grave serves as a monument not only to this one woman, but to all pioneers who sacrificed, suffered, and ultimately met their demise while searching for a better life. It's a place of contemplation and reverence where we can ponder the contributions those brave travelers made to our country."