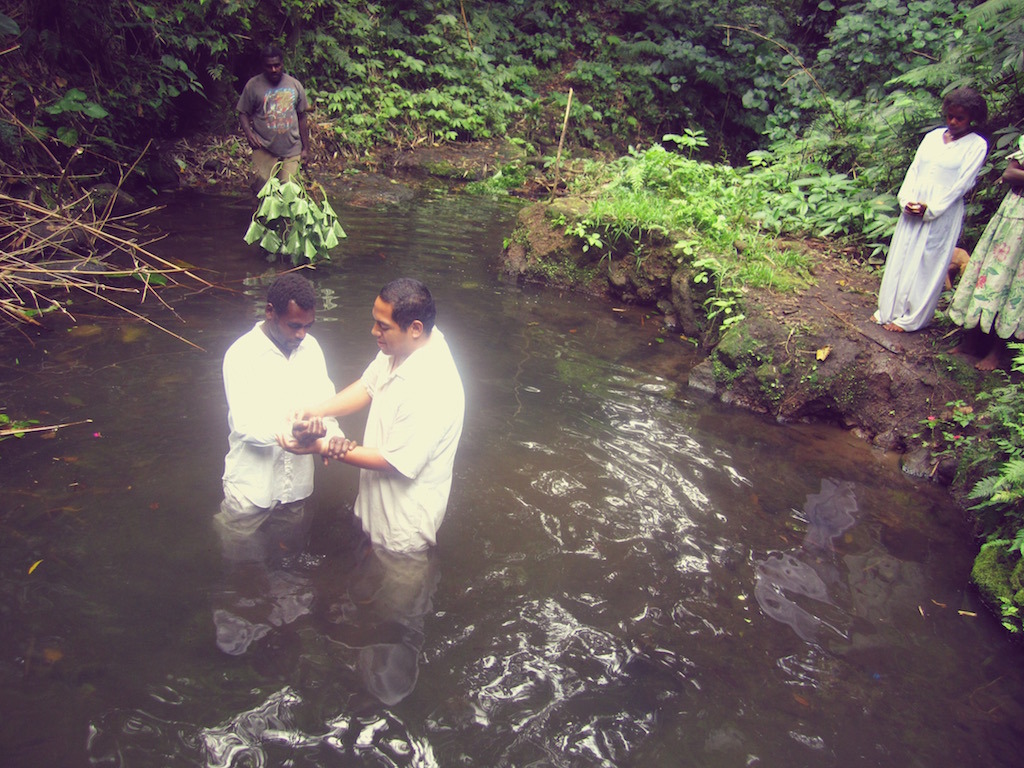 How One Pair of Missionaries Baptized a Whole Village

Elder Tupou quickly learned that the church in Vanuatu very different to his large ward in Sydney. “Often we would be running a small branch or helping to build, something or other, this was a pioneering mission in a district, not a stake, and just as I thought, no air-conditioning, but I got used to it.”

The moment he’d adapted to living in Vanuatu, he was transferred to the even smaller island of Tanna, I know… “Tanner in Tanna.” (I think that should be his book title) This island contained just six missionaries, who looked after 4 branches.

Not long after arriving, he heard a knock on the apartment door. Standing there was a tall, shoeless, Ni Vanuatu (local) man. “Missionaries, my name is Issac and I am the unit leader for Green Point,” he said.

The missionaries had vaguely heard of “Green Point” and knew that no one had visited there for possibly five years. It was a good two-hour drive, described by Elder Tupou as “a mountainous and rugged dirt road that looked like the filming location for an off-road truck commercial.”