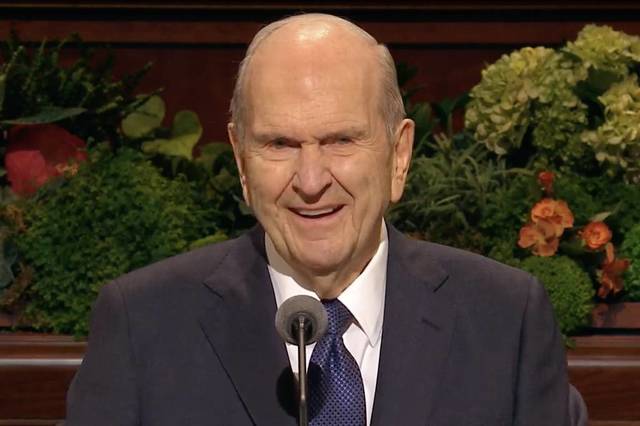 But this wasn't the first time a temple was announced in Pago Pago, American Samoa.

In 1977, the First Presidency announced a regional temple that would serve Latter-day Saints in Samoa, Tonga, French Polynesia, and Fiji. The location of the temple would be Pago Pago, American Samoa. But on April 2, 1980, President Spencer W. Kimball announced a groundbreaking seven temples, an announcement that tripled the temples planned for Polynesia, ChurchofJesusChristTemples.org notes. In his announcement, President Kimball said the Somoa Temple would be relocated to Apia, Samoa, and temples would also be built in Nuku'alofa, Tonga, and Papeete, Tahiti.

At the rededication of the temple on September 4, 2005, President Hinckley said in the dedicatory prayer:

"Our Eternal Father in Heaven, we rejoice in the knowledge that there is again in these favored islands of Samoa a sacred house befitting Thy divine nature. . . . Now Father, we pray that Thou wilt watch over this sacred structure and preserve it from the kind of destructive force which destroyed its predecessor building. Wilt Thou sanctify it and hallow it, that all who enter herein may do so with a knowledge that they are in Thy holy habitation" (President Gordon B. Hinckley, "Dedicatory Prayer: Apia Samoa Temple," September 4, 2005).

Now, after President Nelson's announcement of a temple in Pago Pago, American Samoa, in April 2019, a temple announced over 30 years ago will be built and bless Latter-day Saints throughout the world.

"I cried in humility and gratitude for this wonderful blessings. I felt our Heavenly Father's overwhelming love for our island saints," Pago Pago America Samoa West Stake Patriarch Andrew Autele told the Church News, adding that he felt like his heart "was going to burst" with joy.

"My eyes automatically filled with tears because of how much I knew this meant to our people," American Samoa native Helen Satele said about the announcement. "My mind went to my family and all my people back home. This will do wonders for them and I for sure want to help contribute to this wonderful, wonderful work." (Read more touching reactions to President Nelson's announcement of eight new temples during the April 2019 general conference.)

About this temple, Newsroom shares:

"This temple will be the first in American Samoa. This U.S. territory of seven islands and coral reefs has a population of 56,000 people, including 16,390 Latter-day Saints. With Church members making up nearly 30 percent of the populace, American Samoa has one of the densest concentrations of Latter-day Saints in the world."