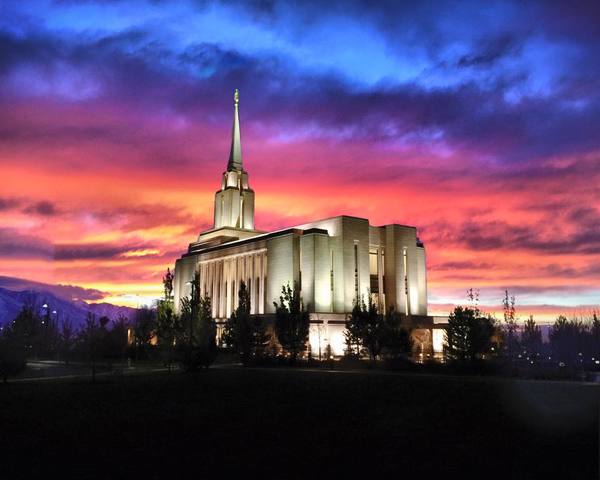 In scouring the Internet for a wedding videographer for my recent nuptials, amidst a sea of (somewhat overwhelming) but very beautiful footage from various filmmakers, something caught my eye. I came upon a website where I saw scrawled in big letters right under the name of the videographer: “remember the temple.”

After observing a lot of Utah videographers that seemed to downplay their religious affiliation, I was surprised to find one that so boldly emphasized his priorities. I wondered who this man was and what made the temple so important to him that he would make it the slogan for his business.

Recently, I got the chance to ask him and the answer was even better than I had imagined.

His name is David Perry. He’s a talented and accomplished videographer, even being named one of the Top 25 Event Filmmakers in the world in 2009 and 2010. He’s done well over a thousand shoots at the temple and he says that, “without fail when people come out of the temple there is something different in their countenance.” Some might be quick to chalk it up to the glow of the newly-wed, but his personal experience with the sealing ceremony proved to him that it’s not that simple.

David wasn’t allowed to be sealed to his family until he was 18 years old.