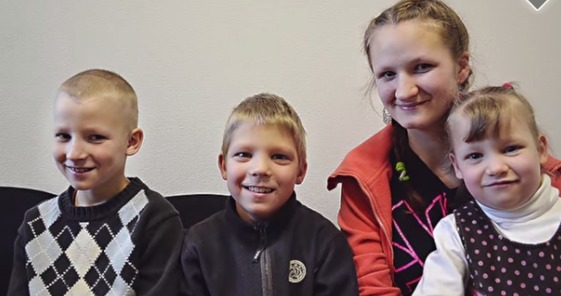 Life for Andy and Tania Young had been relatively simple; Tania took care of their two children, Andy worked as a high school teacher, and the family was active in the Gospel. They were residing in Saratoga Springs, Utah and desired to grow their family, but those hopes seemed futile as they struggled with fertility issues. They strived to understand and follow the Lord’s plan for them and listen to the promptings of the Spirit, but their willingness to be obedient was put to the test when Tania received a prompting that would fundamentally change their lives forever.

Tania was taking her six-year-old son Seth to the dentist when she heard a young boy crying in the children’s treatment room. Tania asked the dental assistant if the child was ok, to which the response was that the young boy was an orphan from Latvia who was getting his cavities cleaned for the first time. “My heart just went out to him,” Tania recalls “I said a prayer for him and for his host mom. I just prayed that he would feel comfort and that she would be able to comfort him.”