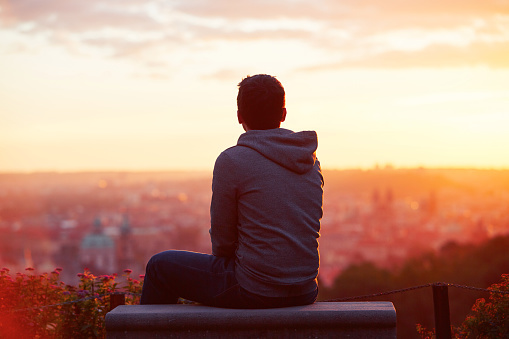 The story is told of a church that evidently lost some of its parishioners to The Church of Jesus Christ of Latter-day Saints. In an effort to counterattack, the church put on its marquee the following message: “Don’t read the Book of Mormon—that is how they get you.” And in fact, that is how the Spirit does “get you”: by bearing witness of the truth of that sacred book.

Of all the witnesses to the Book of Mormon, there is none more certain or sure than that of the Spirit. It is the witness of all witnesses—the evidence of all evidences. Moroni confirmed this truth. He made it clear that the way to know for sure if the Book of Mormon is the word of God is to apply the spiritual test God has decreed for this spiritual book, as set forth in Moroni 10:4: “And when ye shall receive these things, I would exhort you that ye would ask God, the Eternal Father, in the name of Christ, if these things are not true; and if ye shall ask with a sincere heart, with real intent, having faith in Christ, he will manifest the truth of it unto you, by the power of the Holy Ghost." Hopefully, we will never underestimate the power of this promise.

This spiritual test, however, is not for the faint of heart; it is not a casual prayer or an occasional reading of the scriptures; it is not designed for those who desire only to satisfy their curiosity. It is much more than a turning of pages. It requires diligent study, sincere pondering, intense petitions to God, a never-give-in attitude, and, in many cases, fasting. It requires a humility and spiritual integrity that once the answer comes we will follow the directed course to the end, whatever it may be. It requires a willingness to endure rebuffing and rejection from friends and loved ones, to give up wealth or fame or power for the kingdom, to give away all our sins to know the truth (see Alma 22:18). In essence, it requires a willingness to submit our will to God’s will, no matter how inconvenient or difficult the task may be. This is asking “with a sincere heart, with real intent.” Then our hearts and minds will be receptive to the whisperings of the Spirit, as Moroni promised.

Listen to more of Tad R. Callister's thoughts on the Book of Mormon below:

Amulek paid such a price for his conversion. The scriptures tell us he gave up “all his gold, and silver, and his precious things . . . for the word of God, he being rejected by those who were once his friends and also by his father and his kindred” (Alma 15:16).

I have a friend who joined the Church while I was in Canada serving a mission. He is extremely bright. Recently I received a letter from him. After his baptism, he said:

“I descended into a dark, skeptical period where I began to question everything about Church history and certain doctrines and eventually rejected the truthfulness of the restored gospel and had my name withdrawn from the Church records. My addiction to websites that were severely critical of Mormonism had persuaded me to abandon the Church altogether and I began to attend other Christian denominations in the hope of finding God’s true church on earth.”

In spite of this, he married a Latter-day Saint woman who was faithful and patient and who prayed constantly that the eyes of his spiritual understanding would be opened. Eventually, he felt prompted to return to the Church and to study its teachings. He resolved to view only faith-promoting websites. He read and studied the scriptures diligently with an open heart and mind. “One day,” he said, “while reading the Book of Mormon in my room, I paused and knelt down and gave a heartfelt prayer and felt resoundingly that Heavenly Father whispered to my spirit that the Church and the Book of Mormon were definitely true. My three-and-a-half-year period of reinvestigating the Church led me back wholeheartedly and convincingly to its truthfulness.” He said that his happiest moments were being reconverted and rebaptized into the Church and being sealed to his wife and family in the temple for time and eternity. At the time of his letter, he was serving as elders quorum president in his ward.

In a subsequent letter to me, this friend wrote:

“I would also like to point out that the primary factor in helping me gain a spiritual testimony of the Book of Mormon was that I changed my focus or criterion on what would make it true for me. Initially, I wanted the Book of Mormon to be proven to me historically, geographically, linguistically, and culturally. But when I changed my focus to what it teaches about the gospel of Jesus Christ and His saving mission, I began to gain a testimony of its truthfulness. I felt in my heart and mind that what the Book of Mormon teaches about Jesus Christ and gospel principles are true, and therefore it must be an inspired Word of God. Seeking after scientific proof for the Book of Mormon had shackled, bound, and blinded me, but seeking after spiritual enlightenment empowered me to be set free to receive the light and testimony of its beauty and truthfulness.”

What a thoughtful and uplifting observation! If we will focus our study of the Book of Mormon on Jesus Christ—His mission and His message—then our testimonies will blossom and we will eventually find that certain witness for which we seek.

The Lord has declared that He will reveal truth to us by way of our minds and our hearts: “Yea, behold, I will tell you in your mind and in your heart, by the Holy Ghost. . . . Now, behold, this is the spirit of revelation” (D&C 8:2–3). 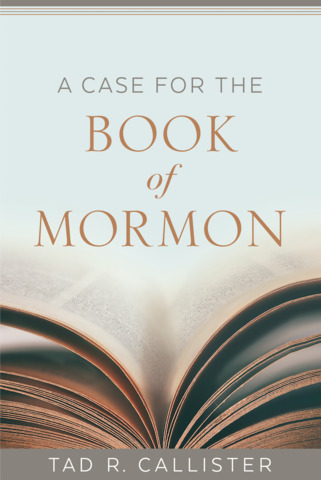