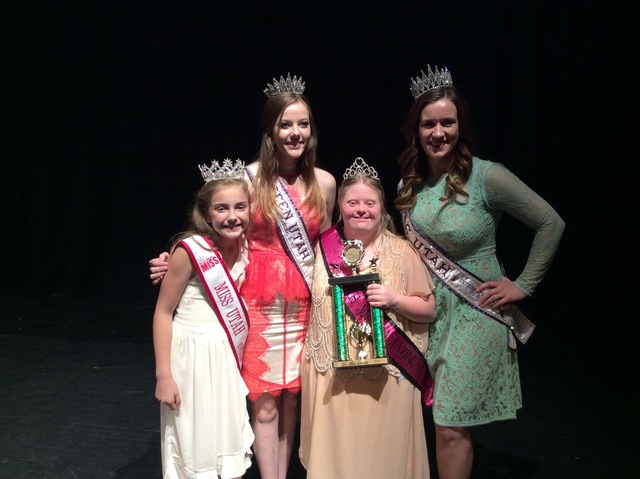 LDS Woman with Down Syndrome Crowned Miss Amazing: How She Shares Her Testimony and Lifts Others

Her fingers were crossed and she was nervously swaying back and forth on the stage when she heard the words: "Our Senior Miss Queen is . . . Tara Goodson!"

"I was shocked," Tara Goodson says, remembering the moment. "I couldn't even breathe. I was shaking so bad and I was crying hysterically."

It was the first time Tara, a 29-year-old with down syndrome, had ever competed in a pageant. But it was the one that would help others see her for her abilities, not her disabilities.

"We had no idea that it would turn into such a big thing but it has definitely changed her life," Tara's sister, Tiffany, says.

But when Tiffany first found out from a friend about a pageant just for women and girls with disabilities, she thought it would be fun for her sister.

A non-profit organization that operates in 30 states, the pageant "provides opportunities for girls and women with disabilities to build confidence and self-esteem in a supportive environment," according to its website, missamazing.org.

And when Miah Green, a judge at the pageant and Miss Utah Preteen, first met Tara, she says she noticed what stood out about Tara was her smile and the way Tara was "kind to all the girls" who were also competing. 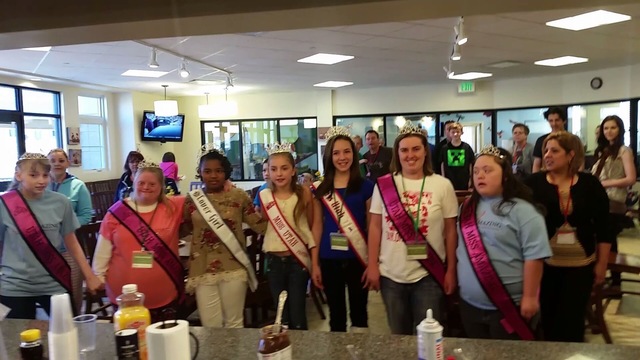 "When she won, it was the cutest thing ever because Tara's name was the last one called and she's still crossing her fingers, closing her eyes, and looking down like, 'Please call me,' and they called her and she jumps up and down and it was just so sweet and heartwarming," Miah says.

And her community welcomed Tara in her new role as Miss Amazing, showing their support for her as she participated in the Roy Days Parade.

Riding in a convertible, Tara rode through the city she has lived in her whole life as people she didn't even know cheered her name.

"I had tears streaming down on my cheeks," Tara says of seeing how many people supported her.

As Miss Amazing, Tara also spends a lot of time giving back through service, something she loves most about her role along with the new people she meets.

Among all of the different service projects Tara is involved with, she helps Miah Green at the Ronald McDonald House and Caring Crowns 4 A Cause, along with helping Miss Roy, Utah, with a service project collecting shoes for children in Africa. 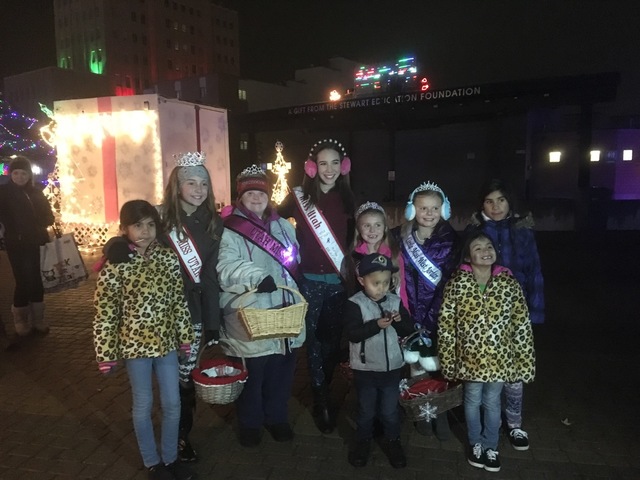 At an event to raise money for DADS (A Daughter's Awareness for Dissociative Seizures and PNES), Tara used one of her favorite hobbies, dancing, to raise more donations for the cause.

"If you paid a dollar or five dollars or whatever, you could put a pie in Miss Utah Preteen's face, like a whipped cream pie, but nobody wanted to do that. They just were giving Tara money," says Green's mother, Dawn Grotta.

Tara's dancing even impressed LDS singer Alex Boye. While Tara was at his performance at ComicCon, he noticed her dancing in the crowd and asked her to join him on stage.

"She talked about it for weeks," Tiffany adds.

Although she doesn't always get to meet new people face-to-face, another way Tara serves others is through her spiritual thoughts and testimony she shares with her nearly 200 followers every Sunday.

"I've had a lot of people, both nonmembers and members come up to me and say, 'We look so forward to Tara's Sunday posts,'" Tiffany says. "And I've had families that say, 'We sit down as a family every Sunday and read Tara's post.' Her testimony is just so innocent and pure and just having her type that up every Sunday, no matter what's going on, I know it's affected other people."

Though she will soon have to pass her crown to the 2017 Miss Amazing Sr. Queen, Tara will serve as an ambassador for Miss Amazing, continuing to share her love of service and kind spirit by encouraging other girls with disabilities to volunteer and participate in Miss Amazing.

"It's important to show the world that my life is not about my disabilities, it's about my abilities," Tara says.