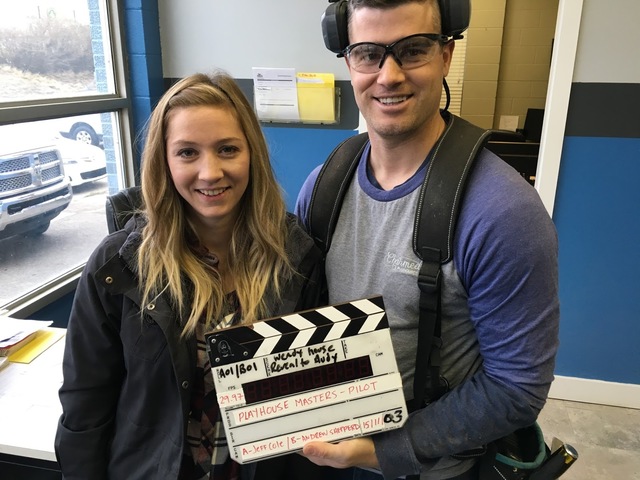 Last year my husband and I had the unexpected opportunity to film a reality show called Playhouse Masters about our family and custom playhouse business. Season two airs on TLC this year and has already been viewed in countries all over the world. My start on this journey . . . wait journey’s the wrong word. Let's call it mountain climb. My start on this mountain climb was steep, treacherous, and I had no clue how to use the climbing gear.

► You'll also like: The Unwanted Answer to a Prayer That Led This Mom to Becoming a Reality TV Star

Basically, I’m a shy, quiet girl who previously had no intention of starring on any kind of television show, let alone one that shows so much of my life and family. There are no words for the kind of inadequacy I felt. Nonetheless, I climbed because I had the strongest feeling God was joining me on the expedition.

With that comforting thought also came a feeling of responsibility. My husband and I both felt like we were to use this unlikely opportunity for good. We weren’t really sure at the beginning what kind of good would come, but we saw miracles and found opportunities to serve all along the way. And yes, I felt like God was climbing with us all the way through.

While filming our first episode, we had a client who wanted three Peter Pan themed playhouses, including a lost boys fort, Wendy’s house, and a ship. Tyson was really worried about getting the ship to look right and wishing he had a real ship to inspect, but out here in the prairies, we don’t exactly have that luxury. 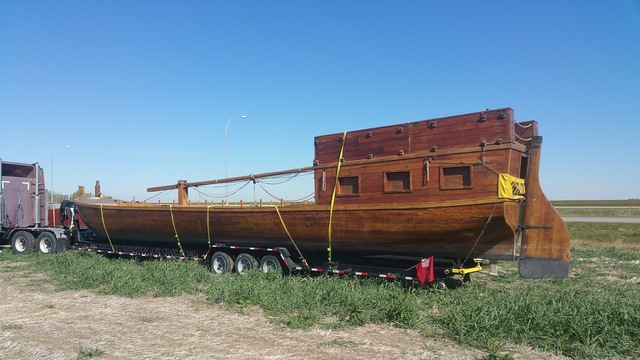 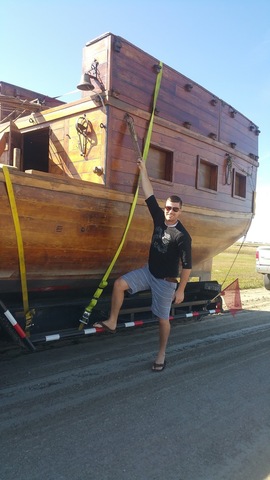 their property, they pulled over on the highway because they saw something that made their jaws drop. It was a real, old ship on a trailer behind a broken-down semi. As they talked with the semi driver, they learned that the ship was on its way to its new owner, a man named Tom Hanks, who had purchased it for an upcoming movie because he wanted to use a real, authentic-looking ship.

Because the semi-driver was having minor truck problems and had to pull over, Tyson and Uncle D were able to take pictures of the ship and instantly formulate a plan of action. That ship turned out to be one of the most amazing structures they had ever built. Some would think it was a coincidence, but the feelings in our hearts we all had that day told us otherwise. 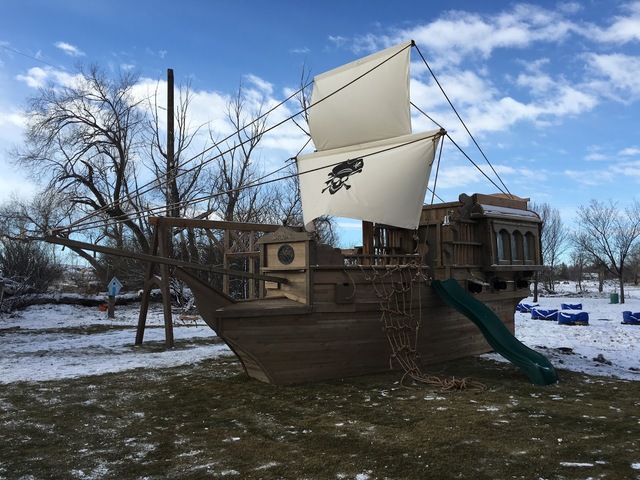 On another occasion, after our show had aired around the world, we received a message from a man who will remain anonymous, which read:

Appreciation call is more than overdue. I am a fan of yours . . . I am fascinated with the work that you do and the fact you are helping others really speaks to me. I have recently come out of a 3-year spell of depression since being made redundant from the armed forces. It’s thanks to seeing programs like yours that prove there are still good people helping others in this life . . . The look on your experts faces [your children] when they see your builds reminds me of the small (small in comparison to your projects) things I do for my daughter but that aside the reactions that you guys get make me thankful that I too have a loving family. Thank you for your time, entertainment and in a way my self-help. Keep up the good work guys.

When Tyson brought this message to me, I cried happy tears. I had no idea our silly show could touch someone in such a meaningful way. I felt gratitude for a God who works in mysterious and sometimes very obvious ways! Tyson and I both agreed the entire season of filming was worth it if he was the only one helped by it.

And that’s why I learned to write my stories out. First of all, when I felt a prompting from God to start my blog, I didn’t want to and I didn’t know why I should. But the above lessons taught me listening to His quiet commands always results in receiving His help along the way and that sometimes we just can’t predict who we can help by moving forward. When I write, I think about writing for the one person who may feel inspired or like they’re not alone by reading about my experiences. And I promise, if my shy, introverted self can film a reality show and share some of my intimate thoughts online, God can help you do anything He prompts you to do.

All images courtesy of Audy Leavitt