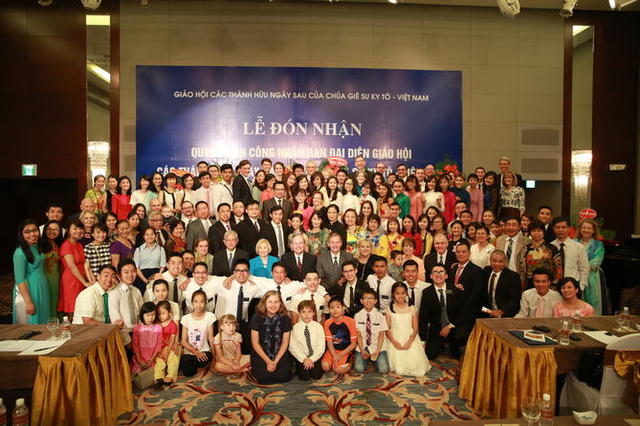 How Vietnam Officially Recognizing the Church Fulfills an Incredible Prophecy

“I make no defense of the war from this pulpit,” Elder Gordon B. Hinckley said in the later 1960s. “There is no simple answer. The problems are complex almost beyond comprehension. I seek only to call your attention to that silver thread, small but radiant with hope, shining through the dark tapestry of war—namely, the establishment of a bridgehead, small and frail now; but which somehow, under the mysterious ways of God, will be strengthened . . .”

Fifty years after a member of the Quorum of the Twelve Apostles offered a prayer of dedication on the land and people of Vietnam, Elder Quentin L. Cook, Elder Gary E. Stevenson, and Elder Gerrit W. Gong participated in a ceremony during which government leaders in Vietnam granted recognition to the Church in Vietnam.

“Our great desire is that the divine attributes of faith, hope, and charity will strengthen each family and individual,” said Elder Cook of the Quorum of the Twelve Apostles during the recognition ceremony in Hanoi, Vietnam, on May 31. “May there be peace, prosperity, and happiness for families and individuals across this great country of Vietnam is my hope and my prayer and blessing today.”

During the ceremony, Elder Cook said Latter-day Saints rejoice that the door has been opened for religious activities of Latter-day Saint believers in Vietnam, under the laws of Vietnam. He told those gathered that 50 years earlier, Elder Gordon B. Hinckley, then a member of the Quorum of the Twelve Apostles, spoke of a “small silver thread” woven in anticipation of this day.