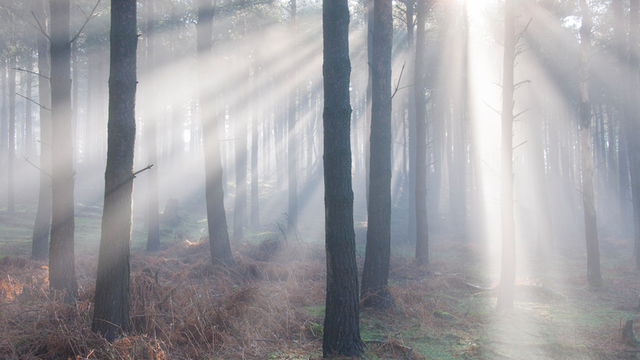 With so much tribulation and chaos in the world, we are often left wondering where we can go to bring peace into our lives. In his book, Way to Peace, Mark E. Petersen shares how Heavenly Father established His Church on the earth and the message of peace it brings to the world.

Where is security in the world today? Where is protection from evil? Where is a guiding light that may be followed safely to a harbor of refuge in the storms now afflicting the world? . . .

But through it all, a divine light shines from heaven. In spite of almost universal turmoil there comes a proffer of divine security against which the gates of hell cannot prevail.

This light—this beacon—this rock of stability—is the Gospel of Jesus Christ, restored to the earth in our day.

The Lord knew what conditions would face his modern Church. He knew that Satanic powers would seek to destroy it. But the Almighty decreed nevertheless that it shall roll forth until it fills the whole earth, undaunted by world conditions, unscathed by the attacks of its enemies, never to be destroyed nor given to another people.

As he re-established his Church the Lord said: "It is the eleventh hour, and the last time that I shall call laborers into my vineyard."

As if to rebuke the unbelievers he declared further:

"This Church have I established." No one need misunderstand that plain statement. It was an act of God.

"This is my gospel." Equally clear are these words, spoken concerning the teachings of the Prophet Joseph Smith.

"Upon this rock will I build my Church." Only the Gospel of Christ could form the foundation of this work.

That Gospel is now re-issued to the world, the one and only divine plan, once lost amid the darkness of the ages, but now brought forth again in shining reality.

It will move forward steadily, never to be impeded, as it prepares for the glorious Second Coming of the Son of God.

Two great movements are now proceeding simultaneously, preliminary to that great day. One is the forward progress of the restored Church of Jesus Christ. The other is the outpouring of the tribulations predicted in scripture.

Neither will interfere with the other. Both will move on unrestricted. Each will accomplish its own purposes.

But the Gospel—the Rock of Christ, the restored Church, the "body" of Christ—in the end will be triumphant, and the Saints eventually will be received by the glorious Redeemer at His coming.

In the midst of all the tribulations, and we see many of them today, the Church will continue to stand as a redoubtable refuge for the righteous of every nation.

It offers the only true security on earth today, for the Lord has promised that He will protect His Saints in the midst of world upheavals.

The Church has become a guiding light to mankind, pointing the way through the darkness, leading each faithful soul to a harbor of peace.

The conferences it holds periodically are significant. For the Saints, they bring renewed faith, fresh assurance, and added stimulus in carrying on the work of the Lord.

For mankind generally, they bear a message of life, hope, forgiveness, and rehabilitation.

To a world that is losing its faith in God, what great comfort a new revelation of the Deity could bring! That revelation has come.

To a world confused by hundreds of differing creeds, what reassurance a certain knowledge of the revealed truth could provide! That truth has now been restored.

To a world torn by hate and bitterness, what added hope a new and divine message of peace could supply! That message is now among us, brought to earth through a modern revelation of God.

At general conference, once more these truths are proclaimed. God has spoken again!

For more inspiring thoughts on peace, check out Way to Peace available at deseretbook.com.