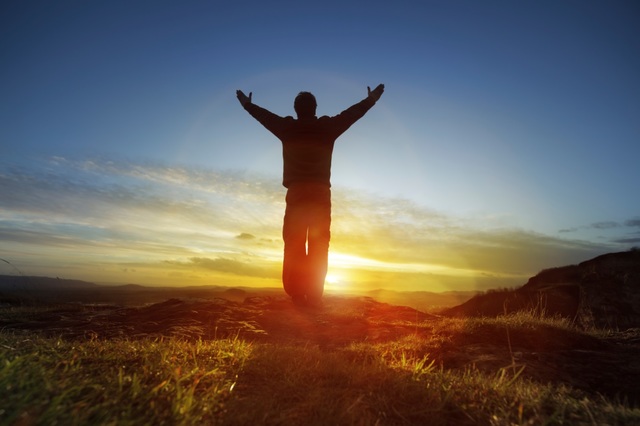 How We Can Live in God's Presence Before We Die

The Book of Mormon is a key. The Bible is a door. It’s not enough for me to shelve them side by side. It’s not enough to read the one and then the other. I need to slot the key, turn the tumblers, and open the door.

The Bible needs a key because “many plain and precious things” were “taken away” (1 Nephi 13:28). The Book of Mormon is meant to return what was lost and “make known” these “plain and precious things” by declaring that “the Lamb of God is the Son of the Eternal Father, and the Savior of the world; and that all men must come unto him, or they cannot be saved” (v. 40). The Book of Mormon unlocks the Bible by making Christ plain.

The Book of Mormon clarifies many biblical ideas, but, in the end, it basically rings the same Christian bells. As Nephi says, “we talk of Christ, we rejoice in Christ, we preach of Christ, we prophesy of Christ, and we write according to our prophecies” (2 Nephi 25:26). Clearly, the Book of Mormon is meant to be a second witness of Christ. The big difference between the Bible and the Book of Mormon is not what is said but when it is said. Nephi and company are rejoicing—and living—in Christ long before Christ comes. This anachrony is no accident. Book of Mormon prophets are extraordinarily self-conscious about their peculiar, anticipatory brand of pre-Christian Christianity. In a crucial verse (to which I will return), Jarom claims, four hundred years before Christ, that their prophets worked day and night to persuade the people to do just one thing: “to look forward unto the Messiah, and believe in him to come as though he already was” (Jarom 1:11, emphasis added). This is what’s different about Nephite Christianity: they lived in Christ before Christ came. They lived Christ’s future in their present.

Living in Christ Here and Now

This, it seems to me, is a truth that’s muted in our Bible. And, more, it’s the kind of truth that matters not because it settles a debate but because it frames how to live as a Christian. It’s precious because it shows something vital about the shape of a Christian life, regardless of when that life happens to be lived. This is what the Book of Mormon makes plain: to live a Christian life is to live in Christ as if he were already present. As a Christian, I, like the Nephites, must learn to live as though Christ were already here. I must learn to live time out of order. For the Nephites, the temptation was to think that Christ only belonged to the future. For me, the temptation is to think that Christ only belongs to the past (or, again, to some future world). Either way, the temptation is to think that Christ does not belong to the present. But a past or future Christ is not enough. It is not enough for me to believe in the past or future idea of Christ. To be Christian, I have to learn how to share my life with Christ in the present.

Paul’s powerful explanation of how faith and law fit together to define a Christian life unfolds in line with this question, as an answer to this problem. In particular, it unfolds in line with a prophetic logic—a logic plainly on display in the Book of Mormon—that interleaves the future with the present in order to save my life both now and later.

This is good news. It’s news I need to hear. It’s doubtless true that I’ve lived an ordinary life with only ordinary failings—even as a sinner, I’m unexceptional. But it has still been hard for me to believe that Christ could, in the end, save me. It took a long time for me to believe that some kind of future with Christ was possible. If there’s a minimum bar for finding forgiveness and qualifying for sainthood, I didn’t see how I could meet it. For this hope in Christ to grow, I needed time. I needed to let some ideas and ambitions go. I had to learn about obedience and service and discipline. I had to learn some humility. I had to learn something about how to pray. But, as I worked at this, something else happened. Christ, like a thief in the night, came when I wasn’t looking (cf. 1 Thessalonians 5:2). Before I was ready, he broke into the present and claimed me as his own. Christ, the life of the world, showed up, unannounced, in the daily living of my ordinary life. I discovered Christ in the same way an old fish finally discovers water: not in a supernatural vision but in a revelation of the bare, God-given fact that I could see anything at all.

This isn’t what I expected. I expected to struggle my whole life to earn a distant future with Christ. I expected to patiently curate my life for decades as some kind of winning proof that—possibly, eventually—I might deserve to live in God’s presence. Instead, I found Christ impatient to save me. I found Christ already wanting to share my mortal life. I found Christ wanting to live in me. I’d been living as if the day of miracles had not yet come, as if revelations had ceased, as if God were dead or asleep, as if Christ were fine china locked away for a special occasion at the end of time (cf. Moroni 7:35–38). But this wasn’t the case.

Get more thought-provoking insights from Adam S. Miller in An Early Resurrection.

Along with Nephi, "we talk of Christ, we rejoice in Christ, we preach of Christ," (2 Nephi 25:26) but in all our talking and learning, have we learned how to live in Christ? What does a life in Christ look like—or feel like?

In this thought-provoking exploration of the writings of the Apostle Paul and Book of Mormon prophets, Adam Miller examines what life in Christ looks like. How can we let ourselves and our own desires die so we can be born again to a new life, a full life in Christ, here and now in this mortal life?

Embark with the author on this journey—at once scriptural, philosophical, and literary—and discover one way to share a life with Christ as if he were present today.