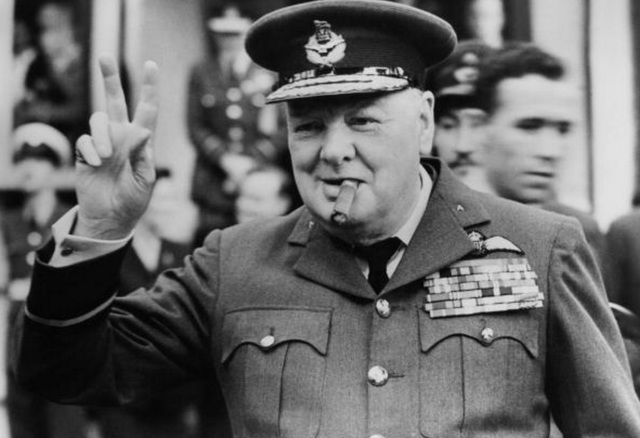 How Winston Churchill Kept LDS Missionaries from Getting Expelled from England

In the early 1900s, anti-Mormon hysteria reached a new pitch. The media railed against LDS missionaries, some even warning people that the missionaries were simply trying to convert or kidnap women to provide more wives for Mormon men back in Utah, despite the Church having ended the practice of plural marriage in 1890.

Because of this bias and false information, LDS missionaries were expelled from Germany in July 1910. At that same time, missionaries in England were experiencing increasing prejudice and aggression—mobs disrupted meeting, threw stones through windows, and even tarred and feathered one missionary.

This prompted the British Parliament to investigate the LDS missionaries, and the duty to head up the investigation fell to Winston Churchill, who was Secretary of the Home Department. Churchill's detailed report seems to have gone lost or forgotten until researcher Ardis Parshall recently discovered it, talking about it at length at the Mormon History Association conference.

"Churchill's inquiry took several forms. First was an investigation of actual Mormon proselyting activities in England. How extensive were those activities? Who were the men who conducted them? What did they teach?" Parshall explains.

Churchill sent detectives to sit in on LDS meetings and listen for anything that might seem suspicious. He interviewed mailmen to see if the missionaries corresponded frequently with young women and kept track of where missionaries tracted and how many of their contacts were young women.

In the end, Churchill found there was nothing suspicious and nothing criminal. "Inquiry has from time to time been made into allegations which have reached the Home Office, but no ground for action has been found," Churchill reported on November 18, 1910, according to Ardis Parshall's blog. "I am informed that polygamy is now forbidden by the rules of the Mormon Church as well as by the law of the United States."

"There is nothing sensational in [the files]: no lurid accounts of kidnapping or white slavery, no missionaries using hypnotic powers on innocent girls; no despotic Mormon leaders exercising force to curtail the rights of free Englishmen," Parshall explains, according to the Salt Lake Tribune.

When rioters who persecuted Mormons were taken before the courts, many judges sympathized and agreed with those who persecuted the missionaries, dismissing the complaints. In response to this new trend, Churchill stood by the law, thus protecting the Saints, saying on May 8, 1911, "I think anything in the nature of rowdyism and mob action ought to be sternly suppressed by those responsible for the maintenance of the peace."

In the end, LDS missionaries were not expelled from England, thanks in large part to the fair investigation and efforts of Winston Churchill.