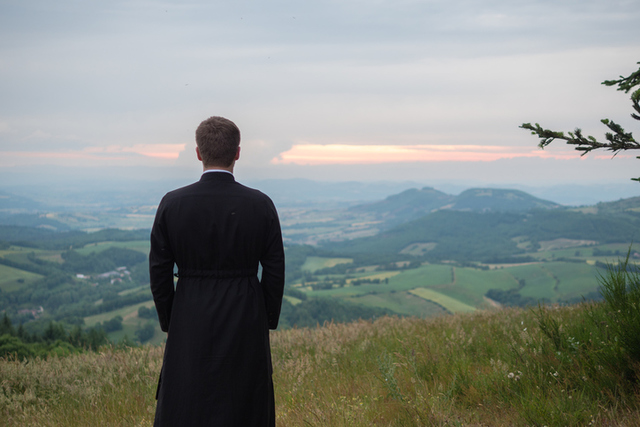 My wife and I were in France for a stake conference. During a new convert meeting, I noticed two young men in their mid-twenties sitting together. One of them stood and introduced himself. He said that he was a refugee from Russia. He had come to France to escape oppression and there had found the Mormon missionaries and joined the Church. When he sat down, the other young man got to his feet. Speaking in halting French, he told his story. The mission president, who was sitting beside me, translated for us. Here, as best as I can remember it, is what he said:

I, too, am a refugee, come to France to escape persecution. But I am from Albania. I should like to tell you how I came to meet the Mormon missionaries. I was born a Roman Catholic, and my family and I were devout members of the Catholic faith. When I reached my teen years, with the encouragement of my family, I decided I wanted to be a priest. I was accepted for training and was sent to a monastery there in Albania.

At first I was happy in my training for the priesthood. But as the months went by, I began to feel a vague sense that there was something lacking. It was hard for me to describe, but my experience just wasn’t satisfying me as I thought it should. This troubled me, and I tried harder. But my sense of dissatisfaction kept growing. I began to spend a lot of time in the monastery library, trying to find answers, or, at least, something that would satisfy this sense of unrest growing within me. Nothing seemed to help.

One day as I was in the library, I moved through the stacks absently looking at the titles to see if anything might catch my eye that could help me. Between two thicker books, I saw a thin book with a black cover. There was no title on the spine. Curious, I pulled it out. On the cover, I read in Albanian: Excerpts from the Book of Mormon.*

The Book of Mormon? I had no idea what that meant. I had never heard the word Mormon before. Curious, I began to read. What I read deeply impressed me. I checked the book out of the library and took it to my room and continued to read. The more I read, the more deeply impressed I was. Here was something to satisfy my hunger. Here was something that I could believe in.

When I finished the book a short time later, I had made up my mind. I did three things. I returned the book to the library. I went to the head priest and explained that I could not continue in the program. Then I left the monastery.

Some time after that, due to political unrest and other events, I chose to leave my native country and come to France to live. When I got off at the train station here in town, I had no idea what to do. I knew no one. I had no place to stay. I spoke a little French, but my funds were limited.

Then I noticed a large board on the wall of the train station where people were allowed to post notices. There I saw a card written in both Russian and French. I could read Russian, so this caught my eye immediately. The card was advertising for a roommate in an apartment here in the city. This was my answer. I called the number to see if the vacancy was still available.

At that point, the young man laid his hand on his friend’s shoulder and told us that this was the person who answered the phone that day. He was the one who had advertised for a roommate. They agreed to meet so the Albanian could see the flat. When he got there, he was pleased. It was a small apartment but sufficient for the two of them. The rent was reasonable, and he would have a roommate with whom he could communicate. He told the other man that he wanted it.

When I said I wanted to take the flat, there was a moment’s hesitation. Then my new Russian acquaintance said, “There’s one thing I have to tell you. You need to know this before you make your final decision.”

Puzzled, I asked him what was wrong.

“I am meeting with two young men who are teaching me about their religion. We meet here in this apartment. You don’t have to listen to them, but I wanted you to know.”

I asked him which church they were from. He told me they were Mormon missionaries.

“Mormons,” I cried. That was the word on the book which had so moved me back in Albania. Ever since I had left the monastery I had tried to find out what the word Mormon meant and where the book came from. No one knew. Now here I was about to move into an apartment where Mormons were coming to teach my roommate about their Church. I assured my friend that it would not be a problem for me to have Mormons in the flat so long as he would let me sit in with them and be taught as well.

We were both baptized several weeks later.

Someday I hope to learn how a copy of excerpts from the Book of Mormon, written in Albanian, ended up in the library of a Catholic monastery. That should be quite a story.

* In languages where there are not many members of the Church, it was a common practice to print excerpts from the Book of Mormon. These included the more significant passages in the Book of Mormon, and normally was about a third to a fourth of the total book. 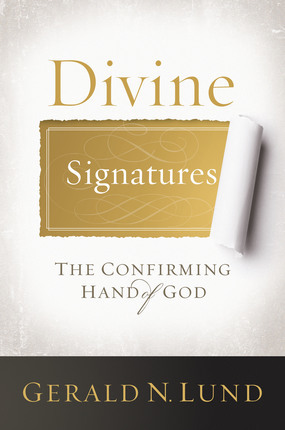