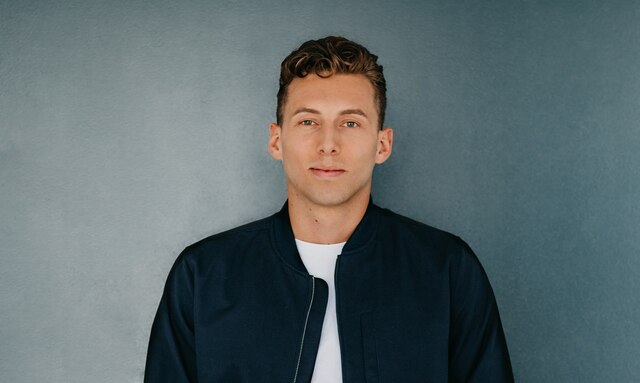 Charlie Bird took the world by storm with his unbelievable dance moves. Performing with the BYU Cougarettes—one of the best collegiate dance teams in the United States—in a mascot suit, Bird not only kept up, he brought the crowd to its feet, catching the attention of national media.

It is traditional at BYU to keep the real identity of Cosmo a secret, but what many people didn’t know is that even when Bird wasn’t wearing his mascot suit, he carried a tremendous secret—he is gay. In a 2019 Deseret News op-ed, Bird revealed both of these secrets. Next month, Deseret Book will release his new book, Without the Mask, which details Bird’s experience as a gay member of the Church. But this week, Bird was interviewed on the All In podcast and discussed how the Book of Mormon has aided him in his efforts to understand God’s love for him.

“It sounds so wild that the Book of Mormon can give spiritual and practical advice to a gay man in New York City, but that's exactly what happened for me,” Bird said.

Later in the episode, Bird explained how the scripture found in Alma 38:12 that reads, “…see that ye bridle all your passions, that ye may be filled with love,” took on a different meaning as he came to accept his sexual orientation. Read his experience with this scripture below or click here to listen to the whole episode. You can also read a full transcript of the podcast here.

Morgan Jones: Another thing that I think is so cool is that you talk in the book about how you grew up around horses and that that experience brought new meaning to a phrase in the scriptures that we hear a lot. But I had never thought about it the way that you talk about it in the book, and that is Alma's counsel to "bridle your passions." Can you share, Charlie, some of your thoughts on that and the things that you learned about what that means from working with horses?

Charlie Bird: Yeah, absolutely. When I was growing up, the scripture in Alma 38 that says "bridle all your passions" kind of became my personal mantra as I was trying to change my orientation. I was thinking like, bridle your passions, restrain them, strap them down, choke them out. But the thing is, that never worked. And it usually just made me feel crazy or out of control, because I was always still gay.

When I was younger, my family had this horse named Buck, and he was my least favorite horse. We had, like, these wonderful, nice horses that I loved to ride, but then there was Buck and he was so powerful and headstrong, and he scared me so much. But eventually, as I got a little bit older, I learned how to ride him and how not to fight against him, but how to use a bridle to guide him and work with him. And once I figured that out, all of his power and strength could be channeled into efficiency and grace and productivity, and he was such a good horse. So that experience kind of taught me that to bridle does not mean to forcefully restrain or suppress, but it means to guide in a healthy way and understanding that helped me start to move forward.

When I was trying to cut off a part of myself that I can't control, I always felt stagnant and exasperated, but once I started communicating with God and asking how I should accept and guide this part of me, I immediately began to feel an increase in love. In fact, that's exactly what Alma says. He says, "Bridle your passions that ye may be filled with love." And by doing that and trying to accept who I am and guide it and set boundaries and always re-calibrate and see where I'm at and where I'm going—that's actually shown me that, in a lot of ways, being gay can actually be a strength and a blessing to me.