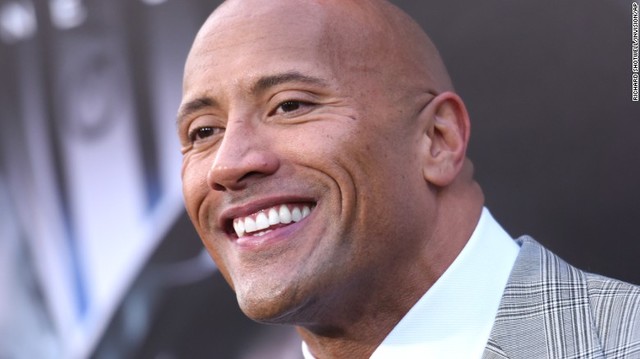 I think I may have been working for LDS Living for a little too long. It’s begun seeping into my subconscious, altering the way I view everything, turning me into a Latter-day Saint encyclopedia of information, and even changing the way I dream.

Case in point and embarrassing confession—the other night I had a corny dream that screams Latter-day Saint fantasy.

Dwayne “the Rock” Johnson was leaning his head outside a helicopter, gripping its frame with hands covered in black, fingerless gloves. He turned back and, in the most breathtaking HD or 4K or whatever dreams are captured in, smiled with those brilliant white teeth and winked before plunging out of the helicopter.

He began free-falling over a grimy city, pulling his parachute at the last minute even as bullets rippled through the air all around him. Still several feet above the ground he cut his parachute, dropping to the pavement unscathed and somersaulting before hitting the ground sprinting.

The streets were in upheaval, littered with upturned cars, broken asphalt, and tanks while men hiding in alleyways began firing everything from machine guns and rocket launchers at the Rock. He hurdled cars and shimmied under stairwells with the grace of a ninja mixed with a Jason-Bourne-style secret government agent.

At one point, the Rock crouched behind a dumpster where a terrified man eyed him in disbelief. Taking in the Rock's skin-tight white shirt and simple jeans without a scrap of body armor, the man asked, “How do you do that? What is keeping you safe?”

And that’s when Dwayne “the Rock” Johnson reaches into his back pocket and whips out a mass-produced, blue-covered Book of Mormon.

“This is what keeps me safe,” he said, giving the most epic smolder. “I never go anywhere without it.” At that moment, my heart and mind began racing. Is this a movie or real life? the journalist in me wondered. I need to find out. This is going to make the most mind-blowing story!

The enemy now surrounded the dumpster, and with one last dashing smile, the Rock raced into the open, charging at tanks and an entire line of machine guns, blocking bullets with his Book of Mormon as he escaped completely untouched.

And then I woke up, frantic and feeling like I needed to race to my computer to cover this story before anyone else caught wind of it.

I didn’t make it halfway down the stairs before my sleep-muddled brain finally cleared and I realized it had all been a dream. A ridiculous, bizarre dream.

My psychoanalysis of this dream has taught me two things: 1) I've watched too many movies with the Rock (but let's be honest, is there such a thing?) and 2) I've written too many stories about the Book of Mormon changing lives (but that is even more impossible). The more I think about it, the more I realize there will never be too many stories, testimonies, conversion stories, etc. about the Book of Mormon.

While I can joke all I want about this dream, it did make me reexamine how I see the Book of Mormon in my own life. Am I taking this sacred book for granted? Am I more worried about retelling stories of how the Book of Mormon changes lives that I don't stop and allow it to change my own every day? I think most of us reach a point in our lives where we might begin to see the Book of Mormon as a daily habit or occurrence, not a miraculous, heavenly record that the Lord sent angels and prophets to write, guard, and translate.

I was humbled when Elder David A. Bednar spoke about how many apostles responded to a challenge to read the Book of Mormon:

"In general conference six months ago, President Russell M. Nelson described his response to President Thomas S. Monson’s invitation to study, ponder, and apply the truths contained in the Book of Mormon. He said: 'I have tried to follow his counsel. Among other things, I’ve made lists of what the Book of Mormon is, what it affirms, what it refutes, what it fulfills, what it clarifies, and what it reveals. Looking at the Book of Mormon through these lenses has been an insightful and inspiring exercise! I recommend it to each of you.'

"President Henry B. Eyring likewise emphasized the importance in his life of President Monson’s request. He observed:

"'I have read the Book of Mormon every day for more than 50 years. So perhaps I could have reasonably thought that President Monson’s words were for someone else. Yet, like many of you, I felt the prophet’s encouragement and his promise invite me to make a greater effort. …

"'The happy result for me, and for many of you, has been what the prophet promised.'"

I don't need Dwayne Johnson to come to me in a dream to know the Book of Mormon is life-changing. I just need to open its cover to find peace, guidance, motivation, answers, and divine traces of all the Savior and our Heavenly Parents accomplish throughout the history of time and in my life.

What my dream-version of the Rock said was true. The Book of Mormon keeps us safe—not in a physical, dodging explosions sense, but in a much deeper, soul-altering sense. It is a refuge. It is something we should carry in our hearts always because there is no end to the ways this sacred book can transform lives.

I’m lucky to have a job that mixes faith into everything I see, read, write, and experience, including dreams. While I acknowledge how extremely cheesy it might sound that I had a dream about a pro wrestler praising the Book of Mormon, when I’ve thought about it, I’m grateful that dream gave me a chance to step back, laugh, and then indulge in gratitude and amazement. I am amazed I am a part of this Church. I am amazed that I have sacred words like the Book of Mormon at my fingertips. I am amazed that my entire life is entrenched and enriched by a faith that is living, breathing, and evolving. I am amazed that I don't have to trust others' testimonies but I can question, ponder, and search myself to know these things are true. And I do.