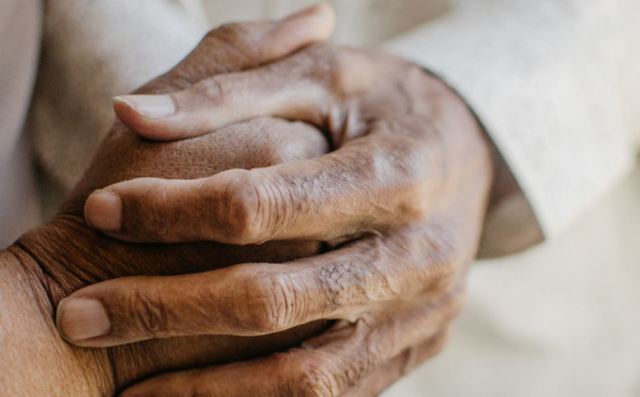 As often as possible, Jean would attend district conferences with me. One time we had a conference that had us visiting many scattered branches. Gayle was only a few months old, so we brought her along with us. The district president asked Asinate, a sister in her mid-70s, to travel with us and help care for Gayle.

During our stay Asinate became very attached to Gayle, so much so that when we were ready to return she didn’t want to give her up. She had been her helper, guardian, and protector from the sun, wind, and rain. She had put a lot of herself into caring for Gayle, and a very close bonding had taken place. Asinate asked if she could keep her and raise her, but we weren’t quite ready to give our children to others to raise (although that custom was still practiced extensively in Tonga). We explained that while we appreciated her help and her desires, we would take Gayle back with us. Asinate was disappointed but understood our position.

She wanted to seal the feeling she had for Gayle in some special way, so she insisted on giving her an ancient royal Tongan name. Lovingly and with deep emotion, Asinate named her “Lavania Veiongo” and ever after called her that. Over the years there were several occasions when the paths of Asinate and Gayle crossed. Each crossing was full of happiness and helpfulness, but I will mention only the last one.

About 25 years after this first visit, Jean and I had another opportunity to be in the same area. Naturally we inquired about Asinate. We were told she was still alive but was now over 100 years old and had been on her sickbed for several years. Her family said we could visit her if we wanted, but told us she didn’t recognize anyone and couldn’t say anything. 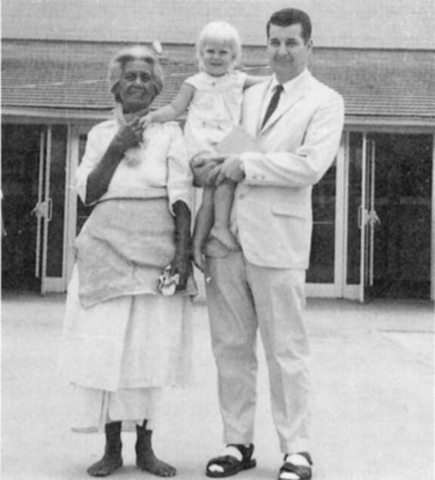 We drove to the weather-beaten, run-down home where she was being cared for and were ushered into her room. As our eyes adjusted to the semi-darkness we saw the frail shape of Asinate, who looked as old and as worn as her hundred-plus years. Her family gave her great love and devotion as she lay there day after day, month after month, requiring total care.

We talked to Asinate, but she did not stir or respond in any way we were aware of. Her grandniece, already in her 60s, told her who had come to see her, but still there was no response or recognition. We talked to her some more, held her hand, and tried to convey our love, but it all seemed in vain. Finally we felt it best to leave. We thanked the family for their help and their love for this great lady. They asked if we would offer a prayer and leave a blessing on Asinate and on them and their home before we left, which we happily agreed to.

During the prayer, a thought came to me. After I had finished, I returned to Asinate’s bedside, took hold of her thin hand, and whispered in her ear: “Asinate, this is Elder Groberg. I bring you the love of your little daughter Lavania Veiongo.”

By now everyone in the household had gathered around in amazement. This was the most Asinate had said or done for months, if not years. Her head returned to her pillow, her eyes closed, and her hand began to release its grip. I felt one more tiny squeeze as she softly breathed, “Lavania Veiongo. Malo ‘e omi ‘ene popoaki ‘ofa. Tala ange ‘oku ou ‘ofa ki ai. Lavania Veiongo.” (“Thanks for bringing her message of love. Tell her I love her.”) Then her hands released their grip and there were no more words, only a small, frail form faintly breathing.

We all had tears in our eyes, and we knew something very special had taken place. As I gently released her hand and looked into her face, a whole series of understandings came to me.

I sensed that Asinate was in some way reliving those days of years ago when she carried her little Lavania Veiongo by land and by sea, protecting her from sun, wind, and rain. She was also reliving other days in which she had helped her little Lavania not only as an infant but also as a young child, and eventually as a teenager when they had last met.

It came to me clearly that acts of love and service are never lost and are always close to the surface of things that count. I imagined that Asinate’s spirit had been here and there, but when the words “Lavania Veiongo” were spoken something happened that transcended body, mind, spirit, lips, sounds, feelings, and brought them all together in a way that could only happen under the auspices of that greatest of all qualities in the universe—true, unselfish love. In some way that love overcame everything inferior and allowed her to show her recognition and acknowledge her love.

I understood that when we truly love someone completely, when we desire with all our heart to help, serve, and bless another person with no thought of our advantage, even to the laying down of our own life if necessary, something is encoded in our very being that is impossible to erase and that gives a purity of purpose to our lives that rises above all earthly things.

Unselfish love gives us a power and an ability to comprehend and do things that otherwise we could not understand or do.

As these thoughts filled my soul, the central figure of the Savior— the essence of love—seemed to encompass my feelings, and I knew there was a deeper power in His unselfish love or charity for all of us as shown by His atoning sacrifice, which overcame both physical and spiritual death, than we can even begin to comprehend.

For a moment it was as though I walked with Jesus when He visited Martha and Mary at the time of Lazarus’s death. The scriptures explain that just before going to the sepulcher “Jesus wept” and the people observed, “Behold how he loved him” (John 11:35-36). Was the love and gratitude He felt for His Father and the love He felt for Lazarus and Martha and Mary not only a prelude to but possibly even a requisite for that great demonstration of power over death, when He cried with a loud voice, “Lazarus, come forth”

Was it His consummate love that triumphed at that moment? Is love life? Is lack of love death? Is the fulness of love eternal life? When we are full of love are we not full of life, so death (physical or spiritual) has no power over us

I wondered if the total love Jesus had for His Father and for all mankind, which filled His very being, actually gave Him the power to overcome those terrible trials and pressures, and do that which He otherwise may not have been able to do. He knows the power of love. No wonder He commands us to love God as well as one another. He loves us and knows what power and joy loving one another can bring us.

The scripture “God is love” came to me and I knew it was true. I knew that as a perfected person God is filled with love, thus He is love. As we understand these principles better we will automatically want to have more love and compassion for others.

I thought how marvelous it is that He allows us to participate with Him in this great gift of love and how few of us grasp that life-giving opportunity. I knew that Asinate had done so and I prayed that I could do better than I had done in the past. . . . August 1973 visit to Asinate at her home in Vava’u: (from left to right) Gayle, Asinate, Jane, and President Groberg.

Shortly after returning home from that trip we received word that Asinate had quietly passed away in her sleep. Her last known words: “Lavania Veiongo.”