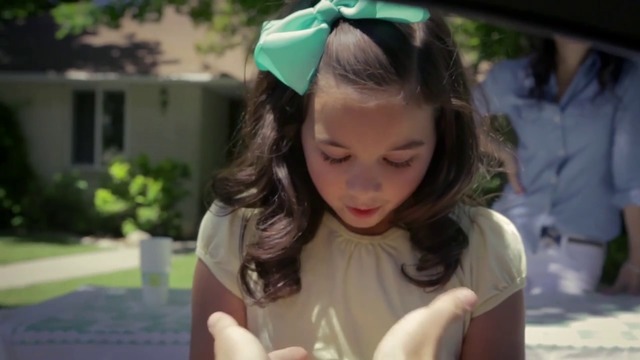 By age 22, Todd Sylvester felt like he hit rock bottom. In the grasp of an eight-year drug addiction, he lost his college basketball scholarship and everything else he had ever earned. He decided to take his own life. However, this was only the beginning of Todd's incredible story, as shown in the viral Mormon Message, "The Hope of God's Light."

As Todd contemplated his suicide, he overheard two girls talking about fasting at a nearby cafeteria table. Intrigued, he asked the girls what they meant. They told him how they fasted and prayed when they needed help from God.

After deciding to try it, Todd prayed for God's help for the first time. Although he didn't feel like he got an answer, Todd chose not to end his life. That decision was the first positive choice he made on his path to recovery.

The following month, an old friend reached out to Todd. The previous day, this friend had received a strong impression from God to call him. He told Todd that God wanted him on His side—today.

After a year and a half battle to overcome his drug and alcohol addiction, Todd attended a ward function and had an unforgettable spiritual experience during the blessing over the hot dogs, of all things. At that moment, he understood for the first time how God really felt about him.

All of these incredible moments depicted in the Mormon Message played a part in Todd's amazing recovery and conversion to the gospel of Jesus Christ.

However, what you may not know is the incredible story that brought Todd to that ward party—which was actually a daddy-daughter picnic. While he didn't attend with his own daughter, the little girl he brought played a huge role in his recovery, as well as his conversion.

The video, which garnered over 3 million views worldwide, also didn't mention that now—after 27 years of sobriety—Todd works as a life coach and has made it his life mission to help others understand one basic principle:

Taking the Step to Meet with His Bishop

After his friend shared his spiritual impression with Todd that God needed him on His side, he also recommended that Todd go visit with his bishop. While he had never been active growing up, Todd was baptized at age 12 with his siblings, so his friend tracked down his local bishop.

When Todd hesitantly met with the bishop and opened up to him about his addiction, he had an overwhelmingly positive experience.

"I just spilled my guts to him," Todd said. "I told him all the bad things I was doing, all the things I was struggling with—and there was quite a long list of stuff, because being an addict for 10 years, it's not just about the drugs and the alcohol, it's about all the other things you do—the lying, the cheating, the stealing."

His loving bishop asked him to do four things: 1) say a simple prayer once a day, just like he did when he prayed that first time, 2) read one verse of scripture every day, 3) come back to meet with him every week for a year, and 4) be completely honest with him, no matter what he did or didn't do.

Todd continued to meet with his bishop because he made him feel loved and safe. Every week for the first eight months, Todd would report honestly that he still drank and did drugs every day.

"It wasn't until the eight-month mark when I could look him in the eye and say, 'I made it three days clean this week,'" Todd said. "Eight months."

The Girl at the Lemonade Stand

"About this eight-month mark, I was still a bartender, which was not good for an alcoholic," Todd said. "I would get tips from the waiters and waitresses that I would keep—I'd get a lot of change—and I'd keep it in my car. I had about $40 worth of quarters in my car at this particular time."

However, in the middle of his personal struggle against addiction and his own mind, he learned an important lesson from a girl at a lemonade stand.

"It was a Saturday, it was a beautiful day, and I was driving up where I lived. Driving up this road, I see this little girl selling lemonade. I don't think anything of it. I just drive right past her. Then I have this impression that says, 'Turn around and give her all the money in your car.' I went, 'Oh, okay.' So I flipped a U-turn, and I pull back, and there's this cute little elementary school girl just sitting there. I rolled down my window.

"I said, 'Beautiful, I'll take a cup.' And so she pours it, brings it over, hands it to me, I set it on my dashboard, and I said, 'Okay, hold your hands out like this,' and I just start scooping all these quarters, nickels, and dimes into her hands. It's spilling over, and she's just like, 'Oh my gosh, thank you so much!' And I said, 'Hold on.' It takes me like eight scoops, and all of the sudden, she just takes off into the house, and I'm thinking she's going to go tell her parents she just got a million dollars.

"As I pull away, I just start to cry. I start crying so hard, because it was the first time I can ever remember that I ever did something for somebody else. And I literally had to pull my car over, and I cried—I just balled my eyes out for 20 minutes. . . . It felt like my soul was being cleansed, and when I gave her that money, it was the first time I felt like I mattered. . . .

"But it was this moment that I said to myself, 'I don't want to use anymore,' and everything was going to be okay."

After giving the little girl at the lemonade stand his tip money, Todd drove past the same neighborhood the following Saturday. The little girl was there again with her lemonade stand. She said she was saving money for a trampoline. When she recognized Todd drive up again, her eyes grew big and lit up.

For the next two and a half months, Todd visited the girl at the lemonade stand every Saturday to give her his change, and something incredible started to happen.

"Every time I would do that, every Saturday," Todd said, "I started loving myself more. I started feeling the Spirit more. And what I learned through this whole process, if I look back on it now—I've been clean and sober 27 years. I've been a life coach for 15 years. I've been motivational speaking for 20 years. I've been a counselor at rehabs for four years. And it's my passion."

"What the Atonement has taught me and what Christ has taught me and what this whole process has taught me—I'm okay. And I've always been okay, but I was telling myself a fairy tale in my head that I wasn't okay. That's why I would use drugs and alcohol, because I was believing that something was wrong with me. There's nothing wrong with me," Todd said. "But when I was giving that girl that money, I started recognizing, 'I'm okay. God loves me.' I can't even describe it—it was just like my heart was just starting to expand and soften, and I felt love, and I felt love for other people, and I wanted to help other people."

As Todd's heart began to soften, he decided to attend church. Sitting in the back corner, uncomfortable and alone, Todd was scared to death. Used to being at a bar rather than at a church, he started to scan the audience for anyone familiar.

Suddenly, his eyes landed on the same little girl from the lemonade stand. She started waving excitedly, and pointed Todd out to her mom. After the meeting, the girl and her mother came over to Todd, and the mom was crying. She whispered to Todd, "I want you to know, for my daughter, you have changed her life. Thank you for being so generous."

Todd emotionally responded, "You have no idea what this has done for me."

The little girl's mother then asked Todd for a favor. If you've seen the Mormon Message, you know the powerful spiritual moment Todd had during a prayer at a ward function. That ward function was actually a daddy-daughter date, and Todd brought Lindy (the little girl from the lemonade stand) at her mom's request.

Initially scared to death about attending the activity with a fourth-grader he barely knew, Todd felt out of place. However, when they played a "How Well Do You Know Your Daughter/Daddy" game, they got almost every answer right, even though they were guessing.

"I'm building this connection with this little girl. . . . All these things were leading up to soften my heart and to change my life, but this is when it just hit me."

As they offered a blessing over the hot dogs and Kool-Aid, Todd had a powerful spiritual experience he will never forget.

"I close my eyes, and—this is really a sacred moment for me—I hear God's voice, saying, 'Todd, I am so proud of you. You have made an impact on this girl's life that she'll never forget. And you are in the right place, at the right time.' And I just start to bawl—I mean cry like no other. And so he finishes the prayer, and everyone's looking—I mean, literally, I'm sobbing—and he's like, 'Dude, it's just hot dogs.'

"And it was that moment I said, 'I am going to help people who are struggling with drugs and addiction, who are struggling with anxiety, depression—I don't care what the addiction is—I am going to dedicate my life to doing that.' And so for the next 27 years, that's what I've been doing. And all these great things have happened. . . . I get to work with people every single day to help them realize they're okay—that's all it is."

No One Is Broken or Damaged—We Are Powerful Beyond Measure

Since that powerful moment at a daddy-daughter date, Todd Sylvester has held over 6,000 individual one-on-ones with clients, doing what he believes is inspired by God. Whether he's meeting with an addict one-on-one or presenting his message to a large audience, he bases his program on gospel principles to empower and motivate others to find joy in their life again.

"Choice is the ultimate power," Todd continued, "because every time you choose, you create, and in that process you are powerful."

While Todd couldn't choose to break his addiction immediately, he made a decision to help that little girl at a lemonade stand. As he used his power to choose for good, he loved himself in those moments and created something powerful—a connection that brought him joy and healing.

"It's about actually serving someone else—watch what it does, because you'll start loving you—it kind of feeds off each other," Todd says. "As I started loving myself more and helping her specifically in the beginning—as happy as she was going to be—it was making me happy. And the Spirit was ever-present every time I did it.

"You're okay—that's my message, and I really believe that God inspired me to say this. . . . Beliefs dictate behavior. If I believe I'm broken, then my behavior's going to mirror that I'm broken. Change that to 'You're okay'—meaning, 'You're a child of God.' It's the most powerful anti-depressant in the world—knowing you're a child of God. That's what I teach my clients. And it's the most powerful, yet simple, message in the world."

Watch the Mormon Message about Todd Sylvester on YouTube.

You can learn more about Todd Sylvester's self-empowerment and drug recovery programs at liveacademy.com and toddsylvesterinspires.com.