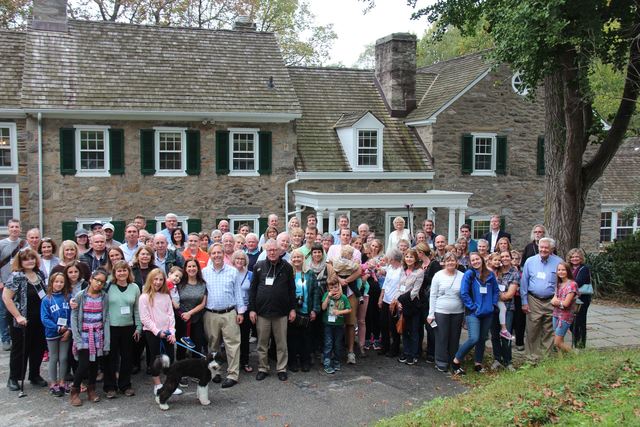 For Jonathan and Leslie Bari, homeownership has never been such a "fascinating" adventure.

In June 2014, after the birth of their son, the couple opted to leave their condo in Philadelphia and buy a five-acre estate known as Fairview Summit Farm, a scenic property in the suburbs with private green hills, groves of trees, and a large, 200-year-old stone home.

As curious historians, the Baris would come to find out that the Penn Valley, Pennsylvania, house has ties to a lesser-known but still important early convert of The Church of Jesus Christ of Latter-day Saints.

The more the Bari family has learned about this pioneer, the more interesting the story and the more Latter-day Saint friends they gained as they became acquainted with the man's descendants and local church members. The Baris, members of the Jewish faith, even hosted a gathering for more than 100 family members at their historic home.

"For my wife and I, it was a special opportunity to share something that was so meaningful to the family members," Jonathan Bari said. "But for my children, it was especially eye-opening to understand these interfaith dialogues and to learn about another religion and culture. It's been such a blessing for us to be able to share this with those who find that connection through American history, Pennsylvania history, church history, and family history. It's a combination of all of that." 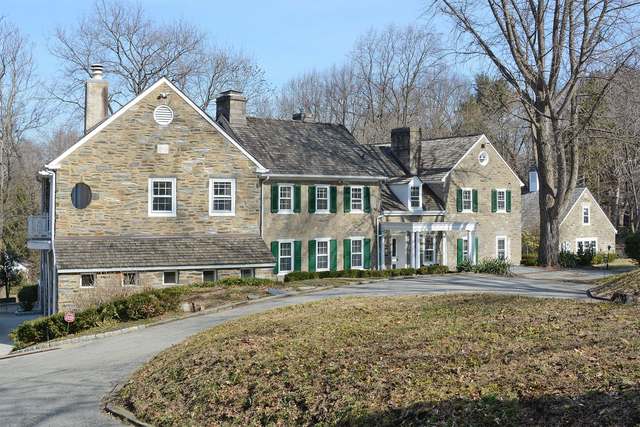 As founders of the Constitutional Walking Tour, guided tours of historic sites around Philadelphia, the Baris are avid historians. After moving into their new (and "old") home in the summer of 2014, they learned it dates back to at least 1807 and was the ancestral home of Henry Grow Jr.

Grow was an architect, builder, and engineer who joined the Church in Philadelphia in 1842 and later served as superintendent of the Temple Block (Square) in Salt Lake City. He was the mastermind behind the design of the Salt Lake Tabernacle roof, which was essentially a series of bridges from one set of supporting pillars to the other.

Grow also contributed to the building of the Assembly Hall, the Social Hall, the Salt Lake Theater, the first suspension bridge across the Ogden River, Utah's first sugar factory in Sugar House, the first woolen mills and the Deseret Paper Mills, along with other buildings and bridges. He was described as "a scientific bridge builder" in the Deseret News in 1860, according to Bari's research.

Growing up in the Pennsylvania woods along the Schuylkill River, Grow appears to have learned bridge-building techniques and heavy timber construction from his family's involvement in bridge building, construction, and farming, Bari said.

"The more we studied about Henry Grow Jr., the more fascinated we became with this great man and his lasting legacy. It turned into a really, really amazing deep dive," Jonathan Bari said. "To that end, we researched and wrote a comprehensive biographical timeline on Henry Grow Jr., who personified American and Mormon values such as family, patriotism, and hard work."

When visiting Temple Square a few years ago, it was a highlight for Jonathan Bari to see firsthand the heavy timber construction and handiwork of Henry Grow in the Salt Lake Tabernacle. He became such a fan of Henry Grow that he wrote a Deseret News op-ed celebrating the man's legacy. 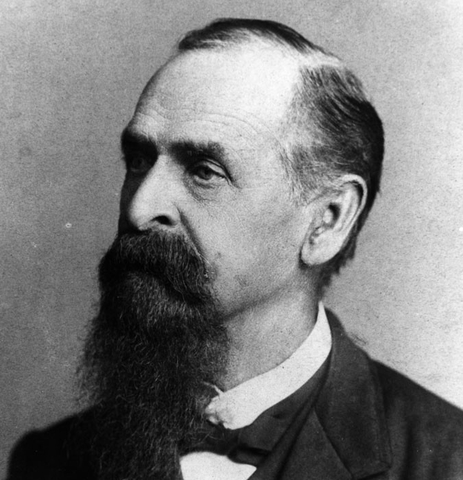 While discovering Henry Grow's story during the summer of 2014, the Baris connected with Dean Grow, a family historian and descendant of Grow, and local Latter-day Saint leader Vai Sikahema, now an Area Seventy.

Although he had no connection to the Grow family, Elder Sikahema appreciated the opportunity to learn about the life of Henry Grow. Elder Sikahema and Jonathan Bari have since become good friends. In addition to having several religious conversations, Elder Sikahema has hosted the Baris in his home and invited them to church activities and took them on an open house tour of the Philadelphia Pennsylvania Temple. Bari has added a Latter-day Saint component to his walking tour.

At one point Bari asked Elder Sikahema why a man like Henry Grow would join the Church and walk away from a good life and home in Pennsylvania. 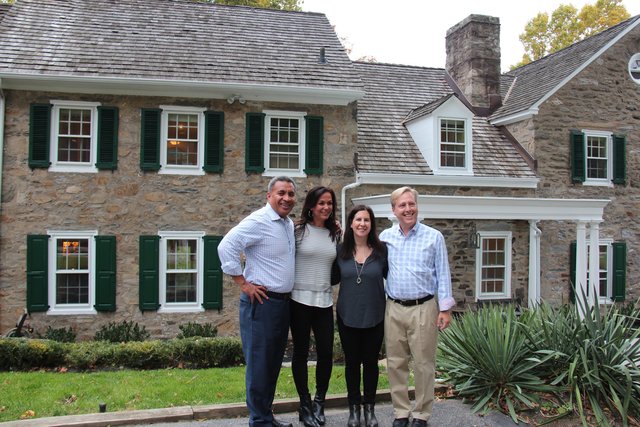 "I said, 'Jon, my friend, that is the compelling question of the ages, isn't it?' Why did so many people leave all that?" Elder Sikahema said. "When I walked away from the Grow house, I was impressed with the level of faith it took to leave such a prestigious, beautiful homestead. I was fascinated and amazed at how the Lord prepared people like Henry Grow who came (into the Church) with a specific skill set."

Dean Grow has served as the vice president of the Henry Grow Family Association and attended many large family reunions over the years. In October 2017, he was one of more than 100 Grow family members who traveled from as far away as California to celebrate Henry Grow's 200th birthday and the 150th anniversary of the Tabernacle at the Bari home in Pennsylvania. While there he visited other ancestral homes in the area.

"It was wonderful," Dean Grow said. "People talk about genealogy and family history, but they really don't understand until they are where their ancestors lived and see what they did."

Bari would like to see more of Henry Grow's descendants on the property —permanently.

While it's been a "labor of love" to restore and keep up the property, the Baris's son Jax was diagnosed with celiac disease last year. They would like to "reallocate their resources to focus on finding a cure," Jonathan Bari said. In other words, the Henry Grow ancestral home is for sale.

Bari would like to see the home go to a Latter-day Saint family or organization who will appreciate its history and keep the property as it is.

"We would love to have an LDS family or organization purchase the ancestral home of Henry Grow Jr. who may have a meaningful connection to the lives of the Mormon pioneers and our house's history, so hopefully the house and the five-acre property will be maintained as is and not subdivided," Bari said.