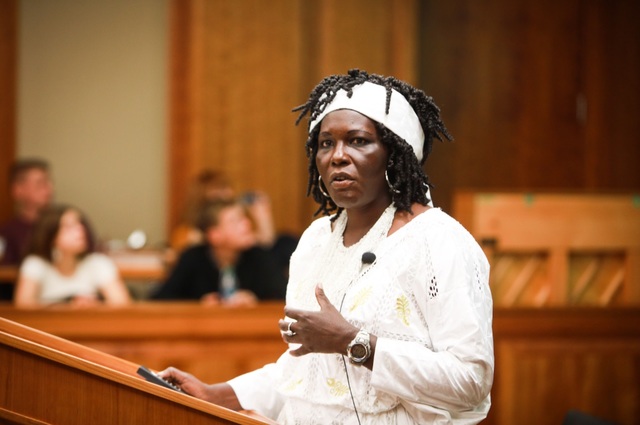 How a Latter-day Saint Convert Survived Civil War, Imprisonment and Continues to Help Others

Latter-day Saint convert Karak Denyok Miakol was far too young to understand the religious and tribal complexities of a civil war that brought death and fear to her Sudanese homeland.

But the war didn’t discriminate — it still eventually found the 8-year-old little girl and her village. Violence and desperation were everywhere. But for Karak, a short walk outside her home forever changed her life.

“I found the body of my uncle,” she told the Church News. “I knew that it was him because of the beads he wore around his neck.

The peril only escalated. Many in the Sundanese government regarded Karak’s tribe and family as abettors to a rebellion. Their home was burned and the family was forced to flee their village, embarking upon a 41-day journey that ended in an impoverished Sudanese camp.