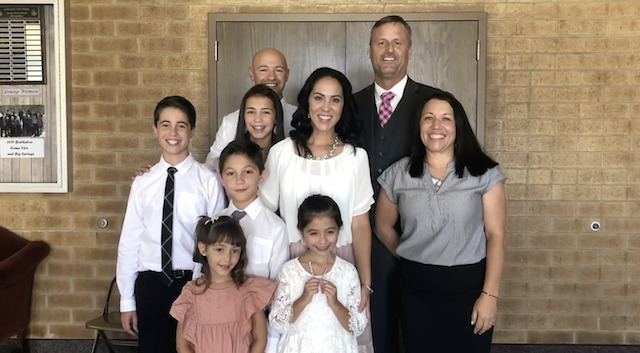 That's how long Crystal has been searching for the missionary who baptized her when she was just 11 years old.

But 48 hours after her story was published in an LDS Living video, that search came to an end.

In 2017, Crystal had shared her story in a This Is the Gospel video, explaining that she wished she could thank Elder Keller, the missionary who baptized her, and share how the gospel has changed her life.

"I wish that he knew that that 11-year-old girl took it all the way," Crystal says in the 2017 video. "That it's because of him that I've been sealed in a temple to my own returned missionary, and I'm raising five children in the gospel today."

"I actually got a text message first and I looked at it and I said, '#FindElderKeller? What in the world?'" Keller says.

A little dubious about the #FindElderKeller campaign, Keller says he didn't believe at first that he was the missionary who had baptized Crystal 27 years ago. But after some investigation, Keller's wife discovered that he had known Crystal and still had a picture of her baptism day.

But when Crystal, who lives in Florida, came to Utah in 2019 for the baptism of her daughter, she invited Elder Keller to attend.

Watch the touching reunion of Crystal and Elder Keller in the video below.