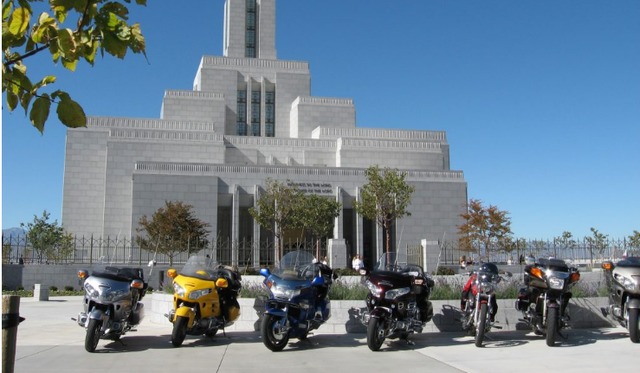 Rick Gibson, a pastor and a motorcycle enthusiast, stumbled upon a member of an LDS motorcycle group while selling motorcycle parts on Craigslist, BYU's The Daily Universe reported.

Intrigued by the idea of Christian motorcyclists who "didn't ride from bar to bar" but instead rode to religious locations significant to them, Gibson decided to look more into this group of motorcycling Mormons.

The Temple Riders Association (TRA) has nearly 700 members who ride hundreds of miles from temple to temple across Canada and the United States.

After this initial exposure, Gibson began riding with the TRA, and in 2014, one of his cross-country trips brought him to Temple Square.

There, Gibson experienced one of those “hand of God moments, where you feel the presence of the Holy Ghost in your life," he told the Universe.

Later that same year, after attending general conference live, Gibson decided to convert to the LDS Church, something that wouldn't have been possible without a group of motorcycling member missionaries.

Learn more about Gibson's conversion and the TRA at the Universe.

Lead image from the Universe.