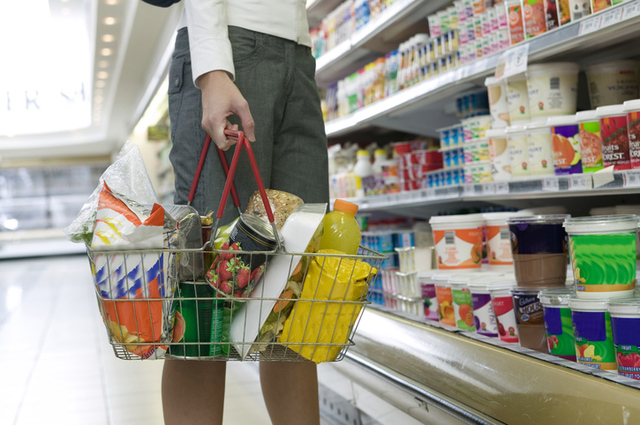 Brenda Walker, a caregiver in Danville, Virginia, had survived another exhausting day at work. Like most of us at the end of another long slog, Walker had just one thought: Walk in the front door and collapse.

Thankfully, God had something else in mind.

Earlier that day, Walker’s husband asked a simple favor: Could she swing by the store on her way home and pick up a few things?

Weary but willing, Walker slipped into a grocery store, quickly gathered the items, and rolled into the checkout line. She didn’t notice who was in front or who was behind — she simply wanted to teleport home to relax and unwind.

As she paid for her things, she felt a sudden spiritual tug. “It’s something I have felt from time to time,” Walker said. “Often in the most unexpected places and at the most unexpected times. I immediately recognized that tug at my heart. I knew that God was speaking to me.”

She didn’t know why, but Walker knew she needed to pay for the groceries of the person behind her. “I didn't know who it was and I had no idea how many items they had. Plus, I didn’t have a credit or debit card on me, just a single twenty dollar bill left. I even wondered — would they be offended at me paying for them?”

She asked the cashier to ring up the stranger’s items and Walker could only smile at the total — $19.99. She quickly handed over the twenty, grabbed her own bags, and rushed out.

She never even turn around.

Moments later as she opened her car door, she felt someone touch her shoulder. Startled, she shifted to see an elderly gentleman with a glimmer in his eyes and a life-changing story on his lips.

“Ma'am,” he said. “Are you the one who just paid for my groceries?"

"When I was standing in the line, I felt a tug at my heart,” Walker explained. “God spoke to me and told me that I needed to buy your groceries. So I just did."

The man’s smile was wide and wise. Walker recalls the conversation in vivid detail, just as one would expect of an experience that changed hearts and lives.

"Ma'am,” her new friend began, “today is my wedding anniversary. My wife and I would have been married 55 years today, but she died a year ago. She had Alzheimer's disease, and I took care of her for several years. Every anniversary, we always cooked the same dinner and ate it together. Even when she had Alzheimer's, and didn't know who I was, I cooked the same meal and fed it to her.”

As Walker listened, her fatigue and eagerness to be home evaporated into the evening air.

“Today,” the man continued, “I just didn't feel like I could make it any longer without her. She was the love of my life and I am very lonely. So, I decided to come to the grocery store today and buy what I needed to cook our anniversary dinner. Then after I had eaten it, I planned to take a gun and end my life.”

Walker remembers the tears in his eyes and emotion in his voice. “But now, I will not! Your kindness proved to me that God and others really do care. You saved my life!”

As the moment set with the sun, Walker realized that the old man shuffling away had walked into her life when she needed it most. The full-time caregiver needed a reminder that life isn't just about her.

“I think God was reminding me that when I feel overwhelmed at the end of a hectic and tiring day, if I will stop long enough to take my eyes off of me and my circumstances, listen, and obey God, I can better see the needs of others.”

And when that happens, miracles abound. Walker is blessed. You and I are blessed. God’s work is accomplished.

Brenda Walker is right. If we’ll listen and prepare for the spiritual tugs, we just might discover that God almost always has something else in mind.

Even in a grocery store.