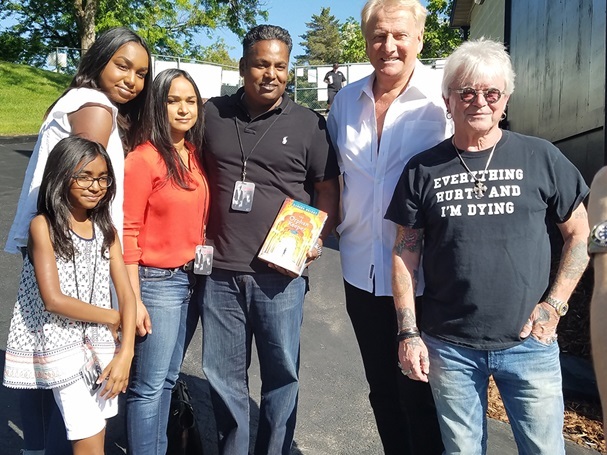 While it’s been said that truth is stranger than fiction, this saying especially applies to Taj Rowland, whose remarkable story of being kidnapped in India, adopted by a Mormon family in Utah, and then finding his birth family once again was turned into a novel.

When writing Taj’s story, author Camron Wright called it so compelling, he saw little reason to embellish. “On one occasion,” he confirmed, “I even had to tone down Taj’s actual words, as readers would not have believed them.” That occasion, he explained, was the moment when Taj saw Priya’s picture for the very first time. Entranced, Taj turned wide-eyed to those beside him in the room and blurted out, “She’s my wife. Where is she at?”

► You'll also like: "How a Boy Kidnapped in India and Raised LDS in America Miraculously Found His Way Home After Nearly 20 Years"

The young man was both smitten and undeterred. Never mind that Priya was living halfway around the world in Singapore with her family. Never mind that when Taj tried to call, the girl’s father told him in no uncertain terms that they believed in arranged marriage and to never call back!

But it was too late to stop love. It meant that Taj’s next move was not only bold, it was brilliant. He purchased, wrapped and mailed to a girl he’d never met what he considered to be the greatest album of love songs ever produced, Air Supply Greatest Hits—and it worked.

When Priya flew into town with her family a few months later to visit her brother, Taj invited himself over and met the girl for the very first time. Taj must have made an impression because when Priya’s family returned to Singapore, she stayed back to attend school. Taj and Priya dated. They fell in love.

While the happy couple has now been married for over 20 years, the story came full circle last May when Air Supply came into town to perform a Memorial Day concert. Over two decades after Taj had used their music to woo the girl of his dreams, Taj and Priya met the musical duo in person (Graham Russell and Russell Hitchcock), presented them with a copy of The Orphan Keeper, and thanked them for contributing to an enduring romance.

Read more of Taj's incredible story in The Orphan Keeper.