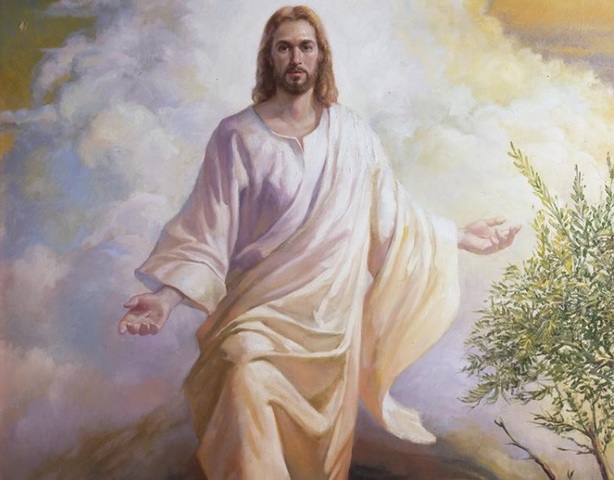 That our Heavenly Father communicates with us through vivid dreams is a living reality among early converts to The Church of Jesus Christ of Latter-day Saints in Ghana.

Ambruce Addoh, the son of a queen mother and convert to the Church, experienced a profound dream of the Book of Mormon in the early 1980s. About this dream, Addoh said:

"I had a dream in Germany. The dream that I had was at a cemetery. Then I saw some big grave shaking. Then a woman—an old lady—came, dressed in white, with a book in hand. And written on it: Book of Mormon. Then she pointed to me . . . she pointed to me [and said], ‘that book belonged to those who wanted to come out from the tomb.’ That’s my testimony. That’s my testimony and nobody can take it from me. She said that those that are shaking the earth—the tomb—this book is from those people. So I don’t joke with the Book of Mormon" (Garrett Nagaishi, "Saints in the Land of the Porcupine," BYU Studies, 2014).

► You'll also like: How Saints in Africa Prepared for the Priesthood Revelation Years Before It Happened

This ability to hear God's voice through visions and dreams was manifest through the life of Priscilla Sampson-Davis, whose courage to follow promptings led to millions being able to praise God and learn of the gospel in their native tongue.

I first learned about Sampson-Davis' soul-shaping faith at the 2018 FairMormon conference where Matt McBride explained an extraordinary vision Sampson-Davis had, which is described on history.lds.org:

"As a young woman, Priscilla Sampson-Davis attended an Anglican college in Mampong. One day, she had a dream in which she met Jesus while He was carrying the cross. His face and eyes were covered with blood and tears, and He asked for a handkerchief to wipe His face so He could see. 'I will do that, my Lord,' she promised. Priscilla and her husband, John Sampson-Davis, were among those baptized when the first missionaries came to Ghana in 1978."

After joining the Church, Sampson-Davis continued to ponder her dream of the Savior, wondering what "handkerchief" or sacrifice the Lord expected of her. "Through her faith and encouragement, [Sampson-Davis] oldest son gave up a lifelong dream and a four-year scholarship to an Anglican theological school and was baptized. Twenty months later, he was one of the first full-time missionaries from West Africa," E. Dale LeBaron explains.

"I wasn’t asleep," she said of the experience. "I saw myself at a sacrament meeting and we were singing when I saw a personage in very bright apparel standing in front of the congregation. The Personage called me by name and requested that I come and stand by Him. . . . He then asked me why some were not singing with the others. I told him that they could not read English. . . . He asked me if I wouldn’t like to help my sisters and brothers sing praises to our Heavenly Father. I said that I would do my best. Then the vision passed away. Immediately I . . . started translating the hymn 'Redeemer of Israel' into Fante" (Garrett Nagaishi, "Saints in the Land of the Porcupine," BYU Studies, 2014).

Even as Sampson-Davis began this work, she was acutely aware of her own weaknesses. “Though I wasn’t very good in the language [Fante], I could speak,” she said. “It is my mother tongue, but I couldn’t write well. I didn’t say no. I said, ‘I will try. I will do my best.’"

Shortly after, while reading about the Book of Mormon being translated into other langauges, Sampson-Davis heard a voice asking, "Couldn't you do that too?"

Not only did Sampson-Davis translate the hymn book and Book of Mormon into Fante, she translated missionary pamphlets and filmstrips, Gospel Principles, Stories of the Book of Mormon, the Doctrine and Covenants, and the Pearl of Great Price.

“I always have an eraser with me,” she noted, according to history.lds.org, “because the Spirit is always teaching me.”

In making the sacred scriptures available to the nearly two million people who speak Fante in the world, Sampson-Davis felt she fulfilled the promise she made to the Savior when she saw Him in a vision, bleeding and suffering under the sins of the world.