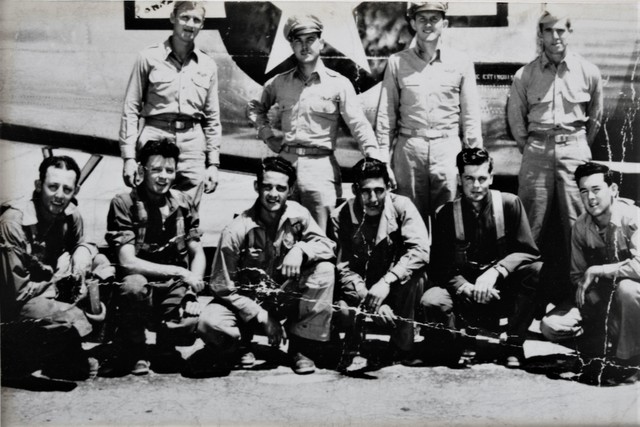 In the Midst of Combat

Whether packing up the belongings of a friend and fellow pilot who would not be returning home or drawing blackout shades tightly over the windows at night, traces of the war filled every moment of Beck’s time in Europe.

But nowhere was the reality of the war more pressing than when in the air.

Beck completed two missions over the Battle of the Bulge, flew through hurricanes and violent thunderheads that warped airplane wings, and was knocked out of formation 14 times, causing him to struggle to his base “all alone, shot up, but happy.”

In March 1945, while he was flying over a target near Hanover, Germany, in order to improve the accuracy of their bombers, Beck’s mission required them to fly a mere 3,500 feet above the ground instead of the usual 23,000 feet. The planes were assaulted by flak and 88mm guns that brought down six bombers in the first few seconds of the barrage, including one flown by Beck’s good friend.

During the attack, “we had an engine knocked out, and I had to shut down another one because it was throwing sheets of oil from a hit,” Beck wrote. This left the crew in a precarious position.

B-24 bombers were notorious for being unstable and crashing easily if one or two of their engines went out. While the rest of the group climbed back to a high altitude to avoid approaching a heavily fortified battery of antiaircraft guns, Beck’s only choice was to “fly directly over the city and hope the Germans were low on ammunition and wouldn’t bother shooting at one crippled airplane.”

After making it over Germany, however, Beck began to lose a third engine over the North Sea, which had a water temperature of 34 degrees. If the plane crashed in the water, his crew would last less than five minutes.

At an altitude of only 500 feet, Beck finally reached the English coast, but his plane was still losing altitude. In an emergency landing, he reached Norwich with only one engine functioning. “I got the Distinguished Flying Cross for this one,” he wrote. 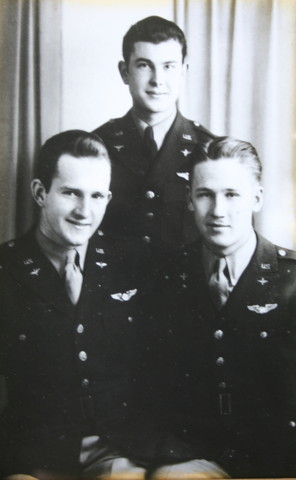 While miracles, the Spirit, skill, countless prayers, and even dumb luck helped Beck survive the war, he had no doubt that it was his Heavenly Father and Savior who saved his life in more ways than one—then and forever.

After finishing his 35th mission in March 1945, Beck’s crew threw him a surprise banquet at a local hotel, thanking him for getting them through the war alive. “Each crew member bore his testimony regarding my skills and not drinking alcohol. They believed they made it through the missions because of me. I wish I had a recording of all that was said,” Beck wrote.

“He never took credit for his daring and amazing missions,” his grandson Nolan Hanson remembers. “The thing that stands out to me the most when he told [stories about the war] was the respect he had for his crew and those men who had paid the ultimate price sacrificing themselves for their men and their country.”

Back in Utah, Beck soon reacquainted himself with a beautiful young woman named Jean Porter—whom he’d corresponded with during the war—and the two were married in the Salt Lake Temple on September 5, 1945. Together, they raised nine children.

Beck was offered a high-paying job with an airline company, but he turned down the offer to find a career that would allow him to spend more time with his future family.

A man with a “Wikipedia-like mind,” as his daughter Patricia Griffith describes him, Beck had a quest for knowledge that led him to receive a Bachelor of Science, a Master of Educational Administration, and a Doctorate in Education. Throughout his higher education, Beck worked as a teacher and later an administrator to support his family, juggling his career with family and church service. 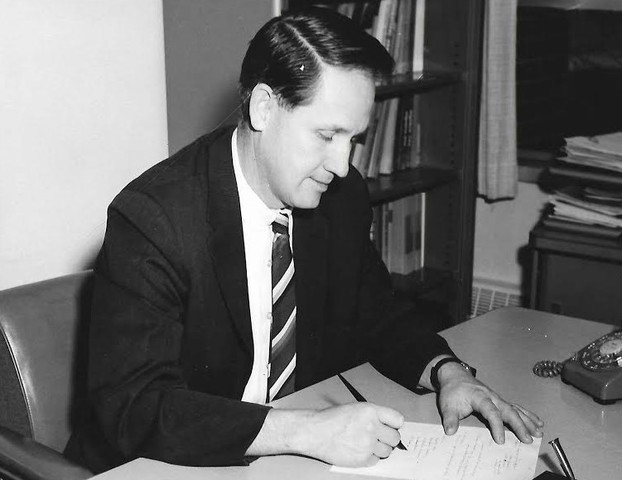 Despite all that filled his life, Beck always devoted all he could to the church, serving as a bishop for many years, a stake counselor, and a stake patriarch. As a bishop, he found the time to help oversee, organize, and donate free labor to build two new church houses and one new stake center in his area.

“I remember going with my dad and my brothers to the new stake center many times,” Patricia says. “The day they poured cement for the sidewalks at the stake center, the sky was dark with rain clouds threatening overhead. My dad had fervently prayed that it wouldn't rain at the stake center which would ruin the cement. It was raining two blocks to the north, east, south, and west, but it never rained at the stake center that day.”

Leaving a Legacy of Faith

“Though he’s not physically present on earth, I feel his presence every day, as I do my mom’s, Jean,” Rolayne shares. “I know they are involved in the lives of their children, grandchildren, great-grandchildren.”

To his family, Beck’s war stories were “always part of his legend, . . . larger-than-life visions of heroics and humility,” his grandson Jeremy Peterson says.

When Ronald S Beckstrom passed away on March 27, 2006, his family lost a hero.

“I heavily relied on his knowledge of Church doctrine—he was ‘Mormon doctrine in the flesh’ in those days. I miss not being able to call him and discuss questions and concerns,” Patricia says.

Beck left an unforgettable legacy for his family.

“I've read his biography twice in the last few years and find myself in awe, tears stinging my eyes as I read and feeling so much love and appreciation for grandpa,” his grandson Craig Peterson says. 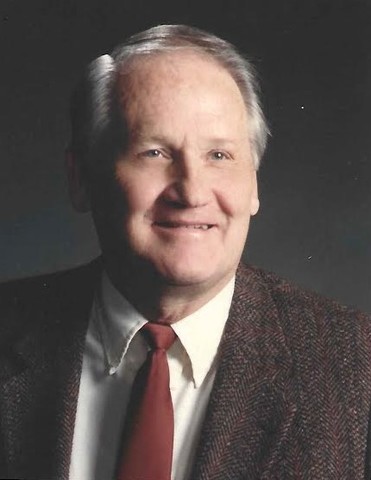 “I think his greatest accomplishment was all of us,” Jeremy says. While his war heroics, career achievements, and even his life-long love and work establishing a science camp for students in the Uintah mountains—Mill Hollow—impacted thousands, his greatest success was his family.

“I really miss his sense of humor, but my favorite thing about him is the fact that he is still such a big part of my life 11 years later,” grandson Steve Hanson says. “I keep a laminated copy of his obituary on my dresser, and I think before I start the day, ‘I hope I can make him proud today.’”

A granddaughter, Brittani Hale, adds, “[His faith] was unchanging, and that was amazing to me growing up; when so many people were constantly changing their minds and lifestyles, his faith remained unchanged. He loved the Church and what it stood for. He was an example to his family of faith—how to live it and how to make it your own.”

While it’s hard to sum up such a life, a quote Beck's daughter Mary Bailey shared at his funeral captures his legacy best, "If I have seen a little further it is by standing on the shoulders of giants."

“And I will bear him up as on eagles’ wings; and he shall beget glory and honor to himself and unto my name” —Doctrine and Covenants 124:18