Latter-day Saint artist Jorge Cocco Santángelo (Jorge Cocco) has always felt the calling to create. “There isn’t one point in time when I became an artist. I just developed as one,” he says.

Cocco was born in Concepción del Uruguay in Entre Ríos, Argentina. As a young boy, he would sleep with a pencil in his hand, and by morning his blankets and sheets would be covered with pencil markings. As Cocco matured, his artistic process became more conscious and controlled, and he received his first art award at the age of 9. Today, his work has been exhibited by more than 10 museums in Argentina, Japan, Mexico, Spain, Uruguay, and the United States. It was also featured and displayed at the Church History Museum. 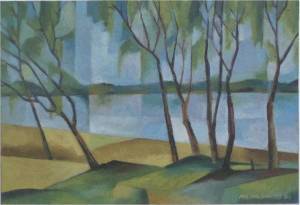 Although he always knew he would create art, Cocco did not anticipate he would ultimately create religious art.

When Latter-day Saint missionaries stopped at his home shortly after his marriage in 1962, Cocco was eager to speak with them. “They didn’t have questions for me, I had questions for them,” he said. During their first visit, he asked the missionaries about many things, such as latter-day prophets and baptisms for the dead. He was intrigued by their answers and the spirit he felt, and he continued to meet with them.

Cocco and his wife, Myriam Verbauwen, were baptized on June 9, 1962. “We were baptized in the riverbanks. . . . It was in the middle of winter, very cold, and my wife was pregnant,” Cocco recalls. They were the first members of the Church in Concepción del Uruguay.

Cocco’s conversion not only caused a change of heart but also inspired him to change his artistic style. At the time he was meeting with the missionaries, he had been painting traditional art styles such as classical, cubism, and expressionism. After joining the Church, his first painting was a portrait of Jesus Christ and his second painting was a portrait of Joseph Smith. He shares,

The Life of an Artist 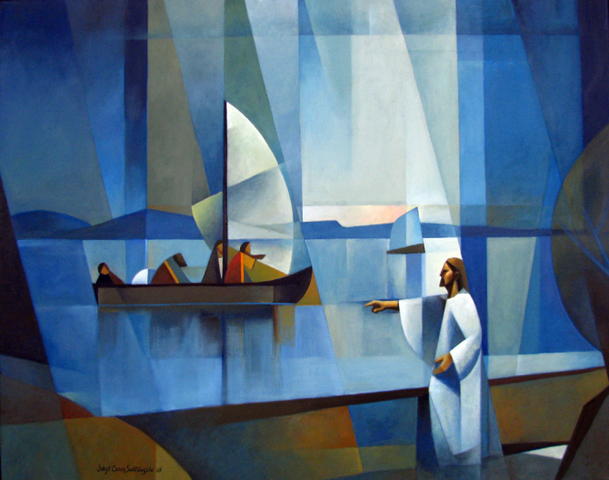 Due to their financial situation at the time of their conversion, Myriam and Jorge were not able to be sealed together in the temple until 11 years after their baptisms. They made a trip to Utah and were sealed as a couple in the Salt Lake City Temple on October 4, 1973. Four years later, they were sealed as a family to five of their children in the Bern Switzerland Temple.

Meanwhile, as Cocco became more familiar with the Book of Mormon, he began to study ancient American cultures and to include symbols from these cultures in his works. He believes that each person comes to the earth “prepared to fulfill a function” and that art is “the calling that [he] received from before [he] was born.”

Cocco and his young family moved to Buenos Aires in order to be closer to the art world. “In my hometown, the art world was very limited,” Cocco explains.

He is grateful for his family’s constant love and patience. He jokes that his family never had a home with an art studio, but rather “a big studio with a small living quarters.” The studio became the center of family gatherings where they would have discussions, spend time together, and drink mate, a traditional Argentinean drink. He says, “I must thank my family for the support they have always giving me. Fundamentally my wife always supported me no matter the financial situation, better or worse. She was by my side throughout my travels my whole life.” 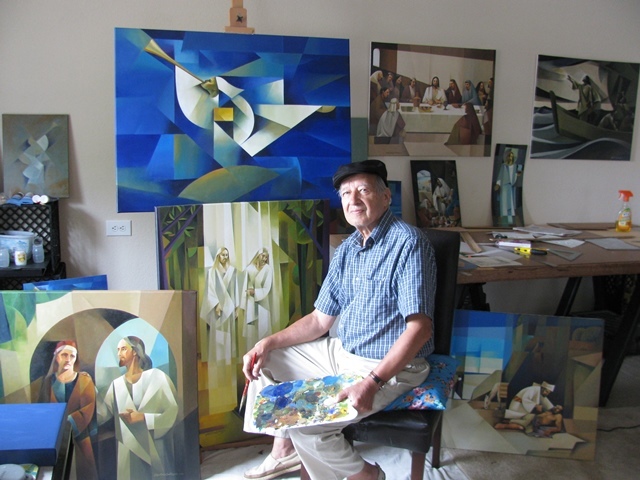 Cocco leads a busy life traveling across the world, giving lectures, and creating art. Most recently, he participated in the Mormon Arts Center Festival in New York City and his art is currently featured in the Church History Museum.

He is currently in his early 80s, but he doesn’t plan to slow down anytime soon, declaring, “I don’t think of retirement or resting. I will continue painting as long as my faculties allow me to.” He believes there will never be a shortage of themes to explore from the scriptures. “The gospel is so deep that it offers infinite possibilities of interpretation,” he says. “Everything is valuable and needs to be taken into account.”

Each morning Cocco wakes up with four or five clear ideas of new paintings he wants to create, but he acknowledges having to set aside many of his ideas because there simply isn’t enough time. He doesn’t allow this to discourage him, however. He trusts that God will help him to accomplish more than he could on his own: “I think that what we can accomplish in life is minimal compared to what the blessings of God are. He has given us so many talents and blessings, and we can only do just a very small portion.”

Cocco believes art plays a significant role in spreading the gospel because it shares truths that cannot be expressed through words alone. He appreciates the opportunity to explore and convey ineffable concepts and feelings through his paintings, especially as a means of communicating his own testimony: “Testimonies are hard to express in full. . . . I think I can share my testimony with more strength through art than what I could express with my words or deeds.”

The artist is especially grateful for the opportunity to come closer to Jesus Christ through his work. “When I paint the Savior or a scene that is sacred, it takes a very big intellectual toll,” he shares. “I need to balance color, form, rhythm, etc. to make a good composition. But at the same time, I need to control my emotions, my feelings, so I can paint the Savior or another sacred scene and [create] a valuable artistic message and aesthetic value.” Through painting, Cocco’s testimony has been strengthened: “I can say like many others that I know that the Savior lives and I know that He’s closer to us than we can ever imagine.”

► You'll also like: The Spiritual Themes in the Art of James C. Christensen 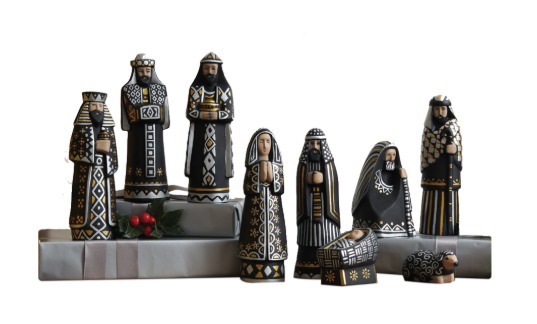 This Nativity was inspired by the artist Jorge Cocco and made exclusively for Deseret Book. This Nativity is hand-painted and its unique design is sure to be the centerpiece of your Christmas decor. This 9-piece set will make a perfect addition to your home. Purchase the Jorge Cocco First Noel Nativity for yourself or a friend today. Available at Deseret Book stores and deseretbook.com. 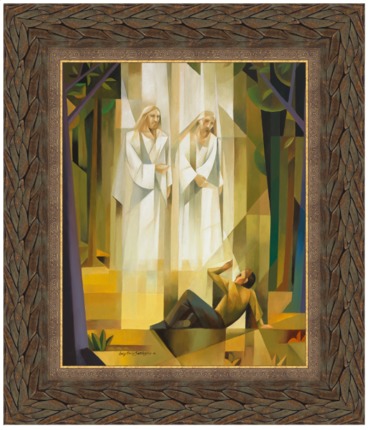 Created by artist Jorge Cocco Santángelo of Argentina, this cubist-styled image brings a fresh, reverent, and decidedly artistic interpretation of that world-altering event, the First Vision. Framed in a uniquely styled double molding, this image stands as an impressive shift from past representations of this singular event. Available at Deseret Book stores and deseretbook.com.