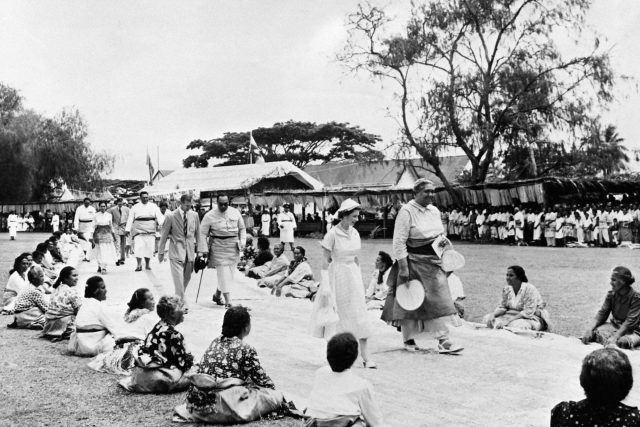 The following is an excerpt from Elder John H. Groberg’s book Fire of Faith, which details his experiences with his family as he served as a mission president in Tonga beginning in 1966.

The Tongans have an amazing ability to keep track of one another. It is more an art or a feeling with them than a science. For instance, few people had telephones in Tonga, but for those who did, the phone system was wonderful. There was a central switchboard operator who generally kept track of where most everyone was who had a phone. She spoke both Tongan and English and recognized voices, so if our children were away from home they would simply pick up the phone and say, “I want to talk to my Daddy.” The operator would either ring them through to our home or to my office, or say, “Oh, I believe he is over at Kioa’s house. Just a moment, I’ll ring him there.”

Everyone seemed to know everyone else and usually their whereabouts. . . . I have often wondered if the statement that in heaven “we shall know as we are known” might not have an application more akin to the Tongan cultural experience than to our western, less personal one. . . .

There was an honest desire to keep the Sabbath day holy and free from commercialism. No boats or planes were allowed to arrive or depart on Sunday. As the tourist industry started to take hold, there were many conflicts and several questions raised as to whether Tonga could continue to hold to these strict standards and see that others did also. I was very proud of the Tongans’ making the decision to hold to the strict standard of keeping the Sabbath as a non-commercial day. As an example, Queen Salote received a cable from the queen of England explaining that she was going to visit Tonga and her schedule called for her royal yacht to arrive in Tonga on a Sunday. Queen Salote cabled back and asked Queen Elizabeth if she could arrive on Monday so she didn’t have to wait outside the harbor all day Sunday, because the Tongan harbor was closed on Sunday. Queen Elizabeth changed her plans and arrived on Monday. . . .

I have a feeling that in many ways Tongans may be more prepared than many “Gentiles” for some of the truths that are part of eternity.

A National Broadcast of Faith

When the first stake was organized in Tonga, Elders Howard W. Hunter and Thomas S. Monson arrived to oversee the dedication.

When the appointed hour arrived, the attendance was way over 100 percent of the “stake” membership. We welcomed everyone and began the meeting with some enthusiastic singing that came as close to “raising the roof’ as it is possible for singing to do. . . .

Knowing how important this event was to our members, some of our friends in the government had suggested that we might wish to record the meeting and then broadcast it later over the national radio so that members on the faraway islands could participate. I thought this was an excellent idea, and asked the visiting Brethren if we could do this. They both agreed. With their approval, I asked the king if we could air the entire meeting over the national radio the next night. He said that would be fine. I was thrilled when the entire proceeding was aired as agreed with no editing or censoring done. Every word and every testimony came across loud and clear. What a remarkable thing to have the witness of two Apostles heard by an entire nation. There was only one radio station in Tonga then and everyone listened to it.