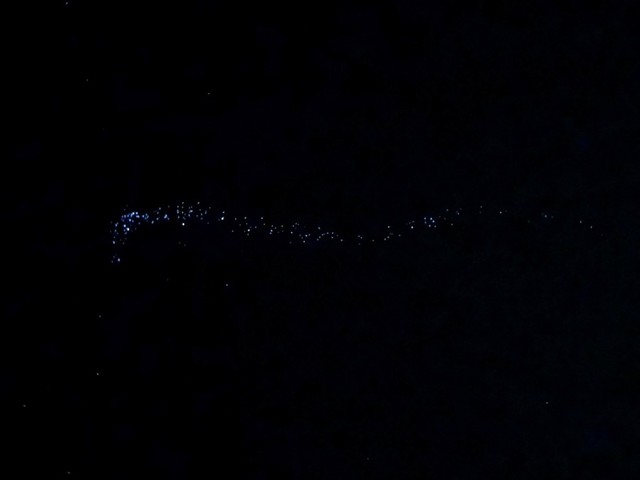 How an LDS Event in Arizona Was Mistaken for UFO Activity

A Church activity in Queen Creek, Arizona, had some locals wondering if UFOs were responsible for strange lights in the sky on Dec. 18, according to abc15.com.

More than 400 balloons with LED lights attached were released by members from Gilbert, Arizona, at around 8 p.m. as part of their annual Christmas celebration.

"Each balloon represents one person, one of our friends, who's made a covenant with Jesus Christ through baptism to grow closer to Him, to be like He is," second counselor Steven Lowder told abc15.com.

The celebration has been taking place for five years and usually doesn't draw that much attention, members told abc15.com reporters. However, this year the lights stayed close together in an unusually straight formation, which drew the attention and speculation of others in the valley.

What are these lights above #QueenCreek#Arizona? Viewer Michael Hansen sent this in to @ABC15#ABC15 - Drones? Apparently, they were moving in formation! #PhoenixLights#UFOpic.twitter.com/K2fhNMh2Su— Dan Spindle (@DanSpindle) December 19, 2017

Fortunately, all the speculation was put to rest when the Church members confirmed it was part of their annual Christmas celebration.

Mormon Life Ufo MormonsUfo,Mormons,Mormon Life
Comments and feedback can be sent to feedback@ldsliving.com