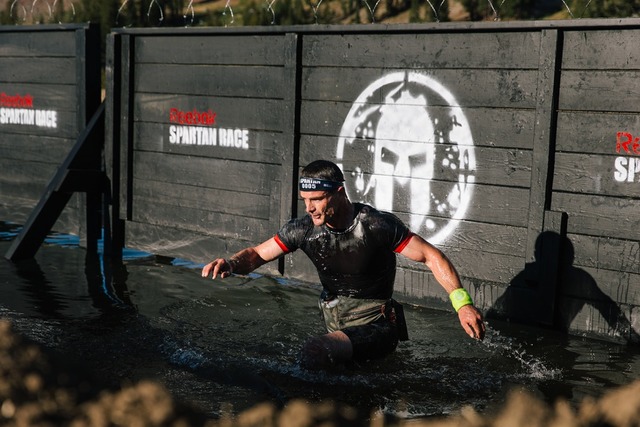 "I do not compete on Sunday; I do not workout on Sunday," Cody Moat says. "A few years back, Spartan Race wanted to make Sunday the big elite race day. They gave me all sorts of reasons why Sunday should be the big race day. I told them that I would be done with Spartan Race if that was the direction they were going."

By day, Cody Moat is a high-school shop teacher, a devoted husband and a father of four. On an obstacle course, he's also a Beast.

Moat, a native of Duchesne, Utah, who now lives in Fillmore, Utah, earned that gnarly title by completing Spartan Race’s most difficult level of obstacle racing, the Spartan Beast, where racers face 30 or more obstacles — such as climbing a wall and crawling under barbed wire — while running a course of 12-16 miles.

Spartan Race, a military-style challenge sometimes known as a “sufferfest,” was founded by Joe De Sena in 2010. Once a year, elite racers from all over the world gather for the world championship, which Moat has won twice, most recently this past September.

Mormon Life Athletes FaithAthletes,Faith,Mormon Life
Comments and feedback can be sent to feedback@ldsliving.com