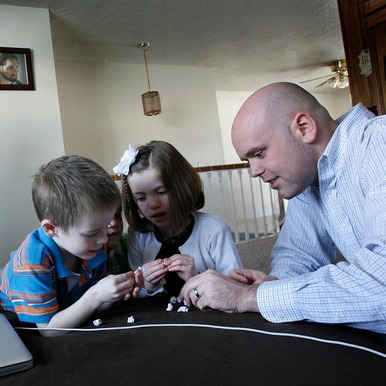 How love and faith can grow, even when one spouse stops believing

For years, Matt Duff was an über-Mormon.

At 17, he ran away from home and moved in with the only black LDS family in his New England town. Two weeks shy of his 18th birthday, he joined the Utah-based church. By 19, he was on a Mormon mission in Denver, and two years later he enrolled at Brigham Young University-Idaho, where he met his future wife, Kylee, a multigenerational Mormon with a winning smile and a guileless faith. The two married in the Salt Lake LDS Temple.