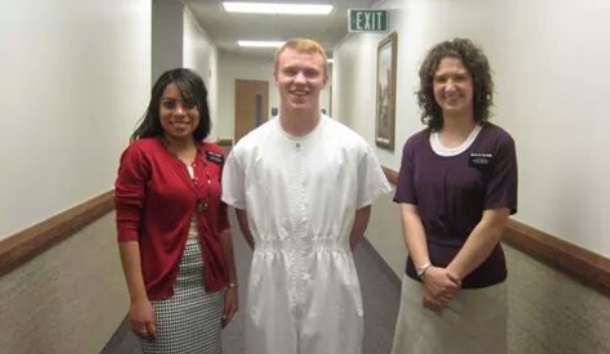 How "The Book of Mormon" Musical Led to One Man's Conversion, Inspired Him to Go Out on a Mission 4 Times

What an inspiring story of having humility and being willing to change life plans as this convert returned home from his mission three times but continued to follow the Spirit and eventually finish his mission.

Anyone who has been to the south knows it is famous for two things: good food and the Bible belt. I grew up a staunch Southern Baptist. Having lived with my grandparents for most of my life, I was raised to fear God and read from the Bible each night, but by the time I hit my teenage years I started to doubt the faith my grandparents had instilled in me. The Baptist teachings did not fit the life that I wanted to live and so I quit the religion and I quit living by the moral code. As most teenagers normally do, I found myself doing things that I’m not proud of, which are only natural desires for a 15-year-old kid. The peer pressure I received from friends was so immense that I didn’t think there was any other choice.

Time for a Change

My wake up call came when I was cut from my JV basketball team. This was due to my laziness and lack of preparation. I knew it was time to change, but change came in the most unexpected way: Intro to Theater 101. At first, I morbidly despised the class, but I stuck with it. Over time, I fell in love with the content of the class and enjoyed attending. This class is where I caught word of the musical The Book of Mormon on Broadway. It intrigued me, and I wanted to know more about it.

After listening to the music, I wanted to see it live for myself and before I knew it, I was on a plane to New York City to see it in person. It’s important to note that I had never heard of Mormons or Joseph Smith prior to watching this musical, and to be honest, after watching the musical, I still wasn’t sure if it was a real religion. I mean, if you had just seen that musical you wouldn’t know what they were making up and what was real.

After returning home, I dove into constant study and obsession with Mormons. The thought of the Mormon religion couldn’t leave my mind.

Read the rest of this story at hifivelive.com