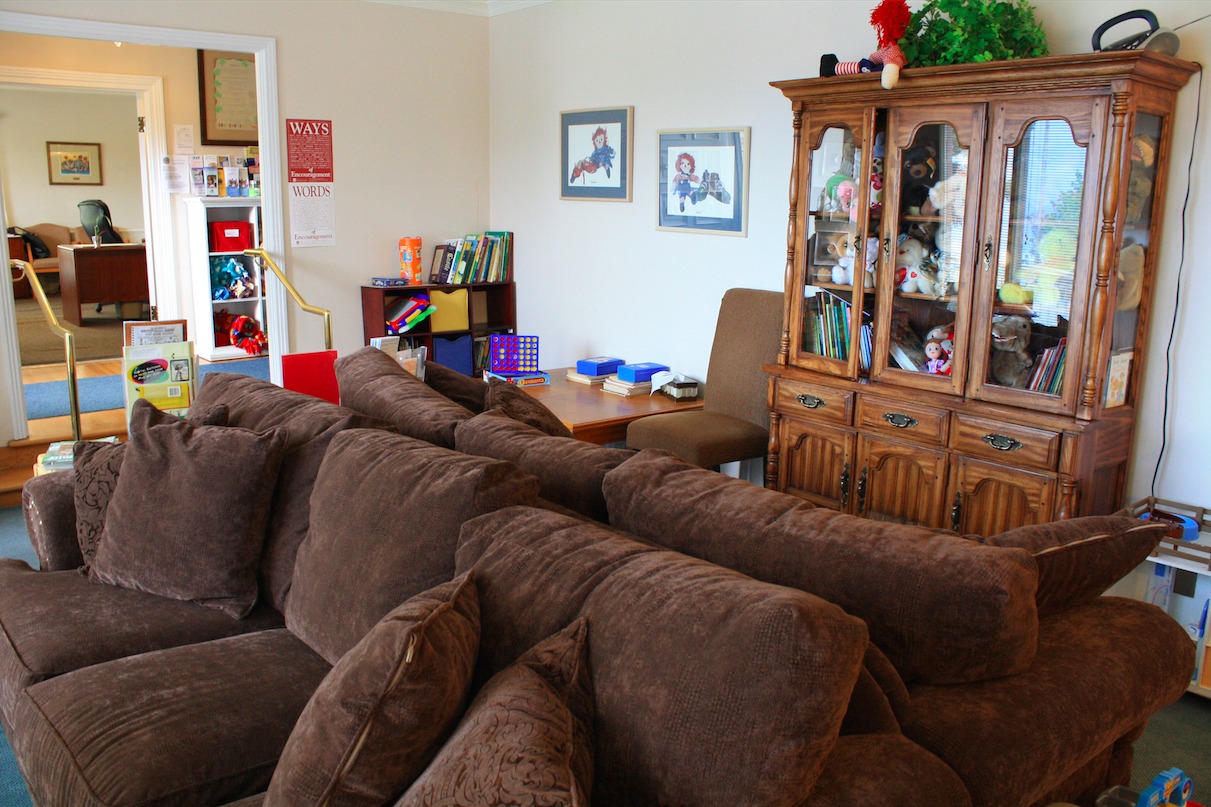 April was Child Abuse Awareness month, but members of The Church of Jesus Christ of Latter-day Saints are always encouraged to support the cause.

The Church recently donated $100,000 to the Utah Children’s Justice Centers (CJCs) after Sister Rosemary M. Wixom, the Primary general president and other prominent leaders toured the establishment in Salt Lake City. “I felt the spirit in that home,” Sister Wixom said to the Deseret News of the warm, inviting facility. “It was a spirit of love, purpose and caring.”

Presiding Bishop Gary E. Stevenson noted that the protection of children is one of the most important duties not only of society, but of the Church—and by association, the individuals that comprise it. “This issue cuts across politics, across ethnicity and across religion. It’s really the [Church’s] highest priority.”

“Sometimes there’s a culture . . . in which a [Church] member will only devote time or money or energy to the Church, or to Church programs,” said Joseph Osmond, an attorney and Church member who serves on the CJC’s advisory board. “But with the recent tour and donation, it’s clear that the Church loves this program. It’s our hope that other Church members can also see we are partners here.”

From fast offerings to home teaching, a key facet of the LDS Church is a sense of community responsibility—the duty to help those in need. In the October 2014 General Conference of the Church, Elder Jeffrey R. Holland said, “We are to do what we can when others are in need.”

Perhaps no need in society today goes more unnoticed than the plight of the abused child. While introducing the “One With Courage” initiative to Utah, Attorney General Sean Reyes said, “[Child] abuse is a crime of silence that thrives because . . . often the victims do not share their dark secrets.” Thankfully, there are steps that members of the Church can take to promote greater transparency.

“We view child abuse as a public health issue,” said Tracy Tabet, the administrator for Utah’s statewide CJC program. “When it comes to other public health issues, we talk about it! You don’t hear about people who are scared to discuss cancer or diabetes or heart disease, but this one stops some people in their tracks . . . . We need to overcome that reluctance.”

The majority of abuse cases the CJC deals with are sexual in nature, and Osmond believes much of the aforementioned reluctance to discuss stems from the cultural taboo of sexual topics. “In the Mormon culture, sometimes it’s difficult to talk about sexual abuse,” he said. “I’m not saying that critically, because sexuality is a sacred thing to church members. But sometimes when kids come forward, a member may get a little nervous, like, ‘oh my goodness, my six-year-old kid’s talking about what?’”

No matter what your child tells you, Osmond said, “Don’t get embarrassed, don’t act shocked, don’t tell them they shouldn’t talk about sexual issues.”

“The longer we perpetuate the idea that this kind of thing is a secret, the longer it will be kept a secret,” agreed Tabet. “We need to be willing . . . to talk about these issues openly. That sends a message to children that it’s ok to tell somebody what’s happened.” She continued with this advice: “Make the conversation age appropriate. A conversation with a four-year-old is going to be different than a conversation with a twelve-year-old. But it’s crucial to start that dialogue very, very early.”

Children typically will already feel a sense of shame about their abuse, and neglecting important sexual topics in conversation or approaching them in the wrong way can only heighten those feelings. “We had one child come in who was so ashamed about what had happened, he put a garbage can over his head before he would talk,” recalled Salt Lake program manager Susanne Mitchell. “He wouldn’t face the detective when he spoke about what happened to him.”

The CJC program has 22 locations in the state of Utah, and similar establishments known as Children’s Advocacy Centers are available nationwide. Unfortunately, there’s all too much work for them to do—the Salt Lake facilities alone served over 1,600 victims in 2014. To make matters more complicated, the CJC is only partially funded by the government. That means they rely heavily on donations and community involvement to fulfill their purpose.

“I often have people ask me why we aren’t completely funded by the government,” said Tabet. “Having a community that’s invested in the local center . . . sends a very powerful message. The success of the model really lies in the fact that it’s a public-private partnership. Everybody has a role to play, and frankly, everyone has a responsibility.”

Church members can fulfill this responsibility in a myriad of ways. In addition to openly discussing difficult topics with children, Osmond suggests, “Discuss them with each other. And in my view, these kinds of topics should come to church meetings. Don’t be afraid to step up and speak with your bishop about addressing these issues in fifth Sunday meetings, ward councils . . . . These topics should be brought up and adults should be trained.”

And it’s not just the adults who can get involved. Many an Eagle Scout has completed their project in collaboration with the CJC. “We’ve had people donate stuffed animals, make blankets, do painting projects,” said Mitchell. “This sort of involvement is truly invaluable.” CJC facilities can also be toured—it might be useful to organize a tour for a mutual activity.

The tours detail what a parent and child might experience when they enter the facility. In the Salt Lake establishment, a toy room puts the children at ease before their interview with a detective. A beautiful mural lines the walls of the hallway that leads to three rooms (the Butterfly room, the Surfing room, and the Bluebird room). Children get to pick which of the three rooms they’re most comfortable in, and then they have a one-on-one talk with a trained professional. “In this environment,” said Mitchell, “a child really opens up. They’ve been through a lot and we want them to feel comfortable here.”

Child abuse is something that every church member should be deeply concerned about. “When you look at statistics on the prevalence of child abuse,” said Tabet, “it becomes apparent that everybody knows someone for whom child abuse is an issue. They may not know it at the time, but it’s everywhere in our society.”

Anyone interested in volunteering or touring at their local CJC/CAC facility can visit http://www.onewithcourage.org/find-a-center/. Anyone in the state of Utah with knowledge of child abuse is required by law to report to the authorities. A report can be made by calling the state’s Division of Child and Family Services hotline at 1-855-323-3237. Other states also have child abuse reporting laws—please review the “One With Courage” website for more information on the reporting laws in these states.