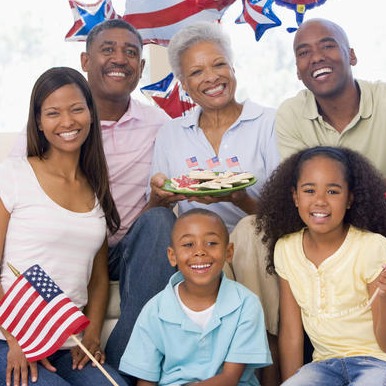 How the Fourth of July Combines Patriotism and Faith

The Fourth of July is a time for family and friends, hot dogs and hamburgers, firecrackers and bottle rockets. And for believers, it's an opportunity to examine the relationship between patriotism and faith.

"The Declaration of Independence issued from Philadelphia on July 4, 1776, included four separate references to God," wrote Ira Stoll for Time. "So amid all the fireworks and barbecue smoke this July 4, consider pausing for a moment to reflect on the one our founding fathers called the Creator."

Stoll highlighted how the "theology of the country's founding" is complicated in an age when the separation of church and state has become a core American value. But the Founding Fathers were a faithful group, using language like, "The laws of nature's God."