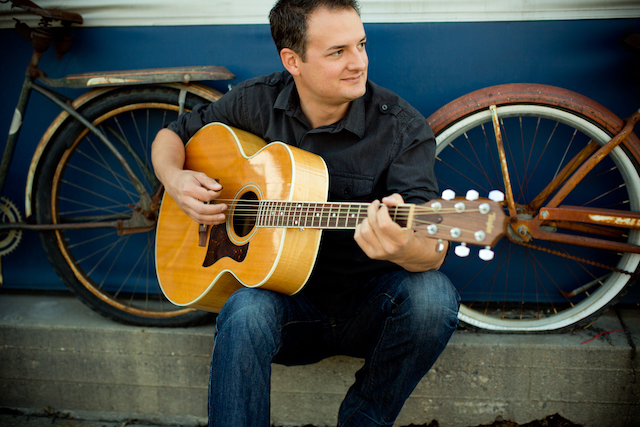 Ryan Tilby sat next to his future father-in-law and felt what any respectable man would feel when asking another man for permission to marry his daughter—nervous.

The crush he had on the cute little sister of the drummer in his band had grown into something more. Now, it had reached the point where Tilby remembers thinking, "Oh man, this is really happening." In short, he was ready to ask the big question.

But first, tradition and propriety demanded Tilby ask her father for permission.

So here he was, sitting across from the man who would be his father-in-law, waiting for his approval . . . or his disapproval.

"And he said what any good father-in-law should say which is, ‘What are you going to do with your life?'" Tilby remembers

Tilby responded he was going to pursue a career in the music industry.

"And that was probably the most suspenseful four seconds of my life was waiting for him to respond to that," Tilby remembers. "But bless him, he said, ‘Good for you.’ And here we are, 14 years later.'”

Though those moments were rather tense for Tilby, it didn't need to be. From a young age it was clear that he was going to be a musician, one who would spread the gospel through his music.

Growing up, Ryan Tilby says his mom threatened him with two options when it came to learning a musical instrument: the clarinet or the piano.

"I sort of couldn’t stand the sound of either of them," Tilby admits. "But one day, I saw some guy playing the banjo and I don’t know why but I thought that was the most amazing, shiny, obnoxious, loud, instrument I’d ever seen in my life and I said, 'I’ll do that.'"

Though he jokes his parents probably thought he would eventually go into dentistry, Tilby's parents allowed him to take lessons in banjo, which quickly become what Tilby calls his "main ax" or main instrument. However, once he entered his high school years, something made the future professional musician from Pleasant View, Utah, try his hand at another instrument—that something, or someone, was girls.

"I realized quickly that girls didn’t care about banjo players in the way that I had hoped to have been cared about," Tilby says. "So I taught myself guitar as quickly as I could and learned as many Dave Matthews songs as I thought it would take.”

While Tilby wouldn't disclose how playing the guitar helped his relationships with girls in high school, the guitar did lead to a friendship with Ryan Shupe, another budding LDS musician. Together, the two formed the band String Fever a "not-so-great name for a great band," Tilby chuckles. 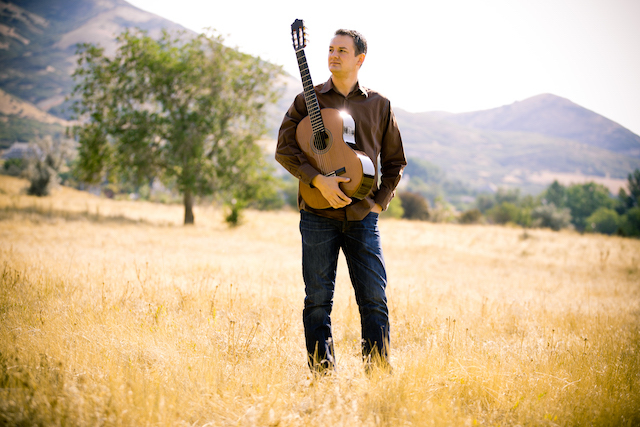 Ryan Tilby with his guitar, the second instrument he learned to play

As his talents as a musician grew, Tilby performed at live venues to earn money, even financing his mission by playing at a bar in West Yellowstone for two summers.

And, much to his delight, Tilby didn't have to put down his guitar when went on his mission. In fact, he was even able to spread the gospel by using his musical talents.

"I served my mission in Madrid, Spain, and I’m sure God knew this but I didn’t think my mission president did, is the birthplace of the guitar," Tilby says. "So I spent more time than I would admit to playing the guitar in Madrid and using that as my voice. That’s how I could express a sentiment. So I ended up in Madrid playing a lot of guitar for a lot of people and playing a lot of hymns."

That time on his mission sharing the gospel through music would later inspire his work as a professional musician, but that wouldn't come quite yet. Tilby had to reunite with Shupe first.

After serving his mission and about five years out of college, Tilby saw an opening with Shupe's new band Ryan Shupe and the Rubber Band. Editing his resume to look like he played base a lot "which wasn't entirely true," Tilby admits, he landed the gig on the band his friend from high school began.

Tilby would spend about 10 years with the band, a band that respected his beliefs as a Latter-day Saint.

However, after about 10 years, his time with the band came to an "amicable" end when he decided to spend more time with his family.

Still, it was a rare thing to be surrounded by people who shared the same beliefs in the music industry, where business is often done over drinks in bars and shows are often performed on Sundays.

"I don’t look at it as a den iniquity or a sinful industry," Tilby says about the music industry. "That’s just kind of the language that it speaks and it’s the common ground everybody has. I’ve bought a lot of drinks for friends in my life and [I] sit down at the table and talk about why I didn’t buy myself one.”

It was situations like this that led Tilby to casual missionary work and conversations about the gospel. And while he says he's earned a few raised eyebrows, he also says he never lost work directly because of his beliefs.

And as time went on, Tilby earned many accolades for his musical abilities, winning the Telluride Bluegrass Festival band competition, touring Europe twice, and performing at music festivals across the country. He even landed a gig that was played on national TV.

When a friend in Utah County who curated music for cable networks received a call from the creators of Duck Dynasty asking for something that sounded like "redneck hillbilly," that friend knew exactly who to call—Tilby.

"It's pretty cool," Tilby admits about having his music played on national TV. He wasn't even offended that his friend called him to play "redneck, hillbilly" music.

And now, Tilby says he is enjoying "dadhood" with his three children and working on his own projects, which includes two albums: Sacred Guitar, and his newest addition, Joy to the World, a Guitar Christmas. 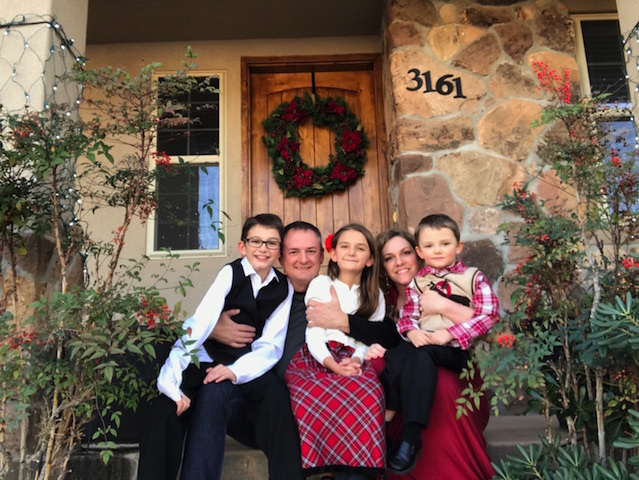 Ryan Tilby with his wife and three children

They are simple arrangements with no "flashy technique," Tilby says, but playing hymns on the guitar, "proselyting with guitar in my hands" like he did on his mission, "That’s how I worship. That’s how I praise God," Tilby says.

And creating this music, the kind of music where he can share his beliefs through and help others develop a stronger relationship with the gospel, that's what Tilby says is his favorite part of being a musician. Receiving the occasional note from someone who has drawn closer to the Spirit through his music, that's kind of service Tilby hopes his music accomplishes. 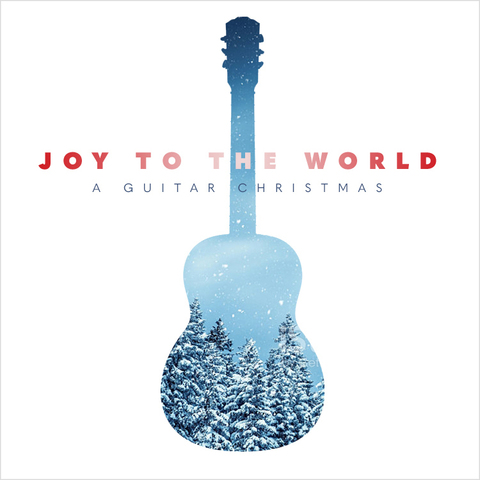 This album features a collection of Christmas favorites performed on guitar with relaxing, festive production. The songs range from the serene "Away in a Manger" and "O Little Town of Bethlehem" to the upbeat and joyful "Angels We Have Heard on High" and "Go Tell It on the Mountain." The guitarist on this album, Ryan Tilby, is a multi-instrumentalist who has won many awards for his skill on guitar. His carefully crafted arrangements set the perfect mood for a Christmas celebration at home.

Mormon Life Guitar HymnsGuitar,Hymns,Mormon Life
Comments and feedback can be sent to feedback@ldsliving.com