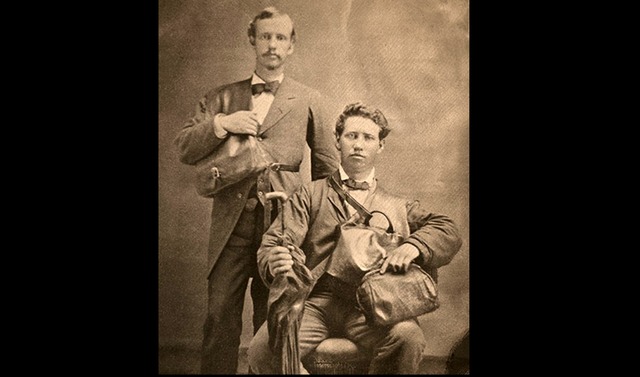 How the Length of Missions Has Changed Over Time

When 21-year-old Samuel Smith was called as the first missionary in 1830, there was no anticipated mission call opening, no preparation, no designated language or anticipated length of service. His brother Joseph Smith set him apart to preach the gospel, and Samuel took a stack of copies of the Book of Mormon and went. So how did mission calls evolve over the years and how was the traditional “18 months to 2 years” established? While there is little official documentation, we can find a bit about the changing landscape of missions since the Church’s organization. Let’s take a look at how things have been adjusted over the years.

As is shared in a Church topics page, mission calls at this time were extended for a few weeks to a few months, depending on the time of year and the demands of the missionary’s obligations at home. Often these missionaries were married men in their 30s or 40s who were sometimes accompanied by their wives.

It was during this decade that the first single sisters were called as missionaries. Because this was the first time that single sisters had been called, there was no set length for their service. Though Jennie Brimhall returned home after about six months due to health concerns, Inez Knight continued serving with a new companion, Liza Chipman. After 11 months, Sister Knight was asked about when she wanted to be released. She served for an additional 14 months before returning home.

Though the practice of calling married men on missions had mostly dissipated by this point, World War I and II and other disasters in the early part of the century, such as the Great Depression, greatly impacted the number of missionary-aged young men available to serve. In response, married men were occasionally still called to help fill this need at this time. This continued until the early 1970s. Another interesting missionary fact from the 1900s: La Vera L Wilcox was called on a mission at age 15. She served for three years, from April 1911 to June 1914.

According to missionaries who served at this time, mission lengths for elders could vary from 24 months (2 years) to 36 months (3 years) depending on where the mission was located. There were also still married men serving full-time missions in the early part of this decade.

“Many missionaries have felt that at the conclusion of their missions they have had to go home at a time when they had developed the greatest capability to do the work.

“Particularly is this true of those who have learned a language.

“We feel this change will enhance our ability to proclaim the gospel to all the world, especially in areas where missionaries learn a second language. It will also give missionaries greater opportunity for increased spiritual growth and development.”

While many policies and practices have changed in missionary work over the years, from age of missionary service to mission rules, we have a 20-year history of elders serving two years and sisters serving for 18. And who knows what the future holds!