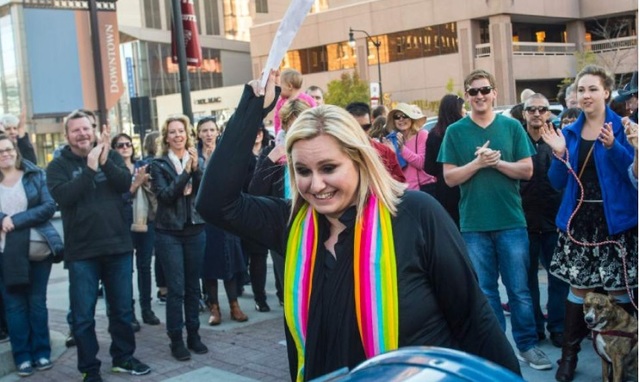 Following the Church's new policy regarding same-sex couples and their children, suddenly everyone began hearing about mass resignations from the LDS Church.

News outlets across the nation showed large public gatherings of people seemingly fleeing in droves—but these pictures and the high amount of publicity they received "distort the real picture" and mischaracterize the Church's change in membership over the past year, according to LDS Church records and the Salt Lake Tribune.

Here's just a part of what they had to say:

The LDS Church acknowledges "periodic increases or decreases in [membership resignation] requests," explains spokesman Eric Hawkins, but "the number of people asking to have their names removed from the records of the church has been less than one-tenth of 1 percent (less than 1 in 1,000) for more than 20 consecutive years, including in 2015 and the first eight months of 2016."

That means of the 15,634,199 members reported by The Church of Jesus Christ of Latter-day Saints in April, fewer than 15,634 have or will resign this year.