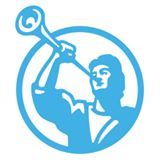 How the Mormon Channel Has Revolutionized Sharing the Gospel

Commissioned by the First Presidency in 2009, the Mormon Channel—the Church’s official media channel—is crossing boundaries of faith and language to give inspiration, offer hope, and show that through the love of God, we can always find joy.

From the first LDS Church radio broadcast in 1922 to the first televised general conference in 1949, the Church has stayed on the cutting edge of technology development, always looking to the future for innovative ways to share the gospel.

With the start of the Mormon Channel in 2009, the Church launched its newest chapter in broadcasting—digital broadcasting. The Mormon Channel embraces all forms of digital and social media, providing people all over the world with new ways to connect and share Heavenly Father’s message of love and light.

Enlarging the Reach of the Gospel

During October general conference in 1924, President Heber J. Grant told the nearly 600,000 members of the Church that, with the development of new technology, “it is estimated that in the neighborhood of a million people will be able to hear all that is said. . . . To have the voice carried for thousands of miles seems almost beyond comprehension.”

Yet, the marvelous power of the radio is merely a ripple compared with the revolutionary ocean of technologies accessible in our time. Whereas radio had the potential to reach millions in a moment, digital media now has the potential of reaching billions almost simultaneously.

And that’s exactly what the Mormon Channel aims to do—share inspirational, life-changing messages while bridging distances and differences the world over. In addition to broadcasting four online music channels, the Mormon Channel publishes videos, broadcasts, music, and other media 24 hours a day, seven days a week, all while maintaining a presence on social media.

Rob Boshard, manager of the Mormon Channel, notes that through the internet, “we can broadcast to anyone in the world—that’s seven billion people—and we can send our message to anyone who has a phone or a computer or an internet connection. [That technology] changes the definition of being able to send the gospel to the world.”

Uplifting Lives Around the Globe

As members of a church upheld by volunteer work, it can be difficult to juggle callings, jobs, and family while still finding time to search out worthwhile media. And even if we find a show worth investing in, it becomes virtually impossible to live our lives around rigid broadcasting schedules.

The Mormon Channel seeks to solve this dilemma by providing people with content whenever they want it—and their content is guaranteed to carry messages that are enriching, enabling, and fulfilling.

“What we are trying to do is to go one step further [than other digital channels] and say you can find the content you need in your life to find happiness and joy and hope and inspiration by coming to our service any time you want,” says Boshard.

And people are feeling its impact. The Mormon Channel logs an average of over 30 million interactions with people every month, numbers which are continuing to expand as the popularity of the Mormon Channel continues to grow. This past December alone, the Mormon Channel’s music broadcasts reached over 33 million listeners in 192 countries.

“Music seems to connect, and it does very well in other countries, even if the people may not speak English,” says Paul Anderson, operations supervisor for the Mormon Channel. “We get music listeners from all over—in Asia, Europe, and South America.”

Despite differences in cultural backgrounds, these listeners all feel the inexplicable yet stirring spirit that accompanies these messages, and, as Anderson notes, they “feel better about where they are, where life is taking them, and where they can take themselves.”

In addition to expanding the reach of Christ-centered values, the Mormon Channel’s presence on social media platforms like Facebook, Twitter, Pinterest, YouTube, and Tumblr provides people with a way to share their own voice. The ability for people to not only consume but respond to media by “liking,” commenting, and re-posting creates a new sense of community and a new way to bear testimony of the Savior.

The Mormon Channel is increasingly making it possible for people to have these interactions in their own language. Currently, the Mormon Channel broadcasts in 10 languages (though large Church events, such as general conference, are broadcast in over 180 languages). Even with this incredible reach, the Mormon Channel continues to strive for a goal most broadcasters consider impossible: “We want to eventually be covering every language that is spoken in the world,” says Boshard, “and that is a huge undertaking, but it is something that we know that we have to do.”

“I am a HUGE fan of the Mormon Channel! I discovered you guys about four years ago, and I’m so thankful I did! I have had several very spiritual experiences that have been facilitated because I have been closer to the Spirit by making the Mormon Channel part of my everyday life.”

Another viewer, Mark, says, “I’ve wavered in my faith in my life—been weak, but I’m seeking redemption. Your films remind me of what life will be like and strengthen my faith that with His help I can do this.”

While the Mormon Channel has impacted many lives in profound ways, its media and messages touch millions more in small but poignant daily moments, helping others to feel the transcendent love of God.

A frequent visitor recently wrote, “This is beautiful; I love watching videos from the Mormon Channel, even as a nonmember of your Church.”

And the praise just keeps rolling in:

“First of all, thanks for all that you do. . . . You are truly helping me come unto Christ and I appreciate that!” says Dustin. “I felt like something sent me to this video. I’ve been inactive for about 10 years, and I can somewhat relate to his feeling—maybe God is trying to tell me something?” asks Keg.

“I absolutely love the Mormon Channel! I am a young mother with four small children. I listen to Mormon Channel every day while cleaning and every chance I get. It is truly a tender mercy in my life,” says Jaynette.

“I’ve been inactive from the LDS Church for almost six years, and now I feel so much joy every time that I hear this song,” says Lisa.

As Lisa noted, the universal influence of music awakens something powerful within us; something that goes beyond logic; something that resembles the divine. Brooke White, fifth place finalist on American Idol in 2008, understood this potential of music when she wrote the song, “Something Divine.”

In order to show her gratitude to the Lord for the opportunities and talents He has given her, White donated this song to the Mormon Channel, which generated a lot of attention. White’s fans showed their appreciation with statements like “beautiful,” “don’t forget what you can become,” and “thank you for reminding me that I am divine.”

The Mormon Channel inspires, connects, and helps people strive for the best within them by feeling the love of their Savior—and that message encompasses all of Heavenly Father’s children.

Prophets have foretold this day and age since the Restoration. The prophet Joseph Smith prophesied that “the sound must go forth from this place into all the world, and unto the uttermost parts of the earth,” even though at that time, the technology to literally carry sound did not yet exist. In 1966, President David O. McKay prophesied of discoveries and technologies that “stagger the imagination.” And in 1981, President Hinckley recognized communication technologies as “the sinew that binds the Church as one great family.”

The Mormon Channel provides one of those binding connections, uniting Latter-day Saints and building bridges with people of other faiths.

With the number of lives the Mormon Channel has already touched, there is no doubt that its work has a miraculous and divinely inspired purpose. Eight years ago, when the First Presidency began contemplating the idea for a Church media channel, the possibilities and the future of digital media were untested and unknown. Few were willing to risk technologies so uncertain, and fewer still knew how to take advantage of these new possibilities. But, led by divinely inspired men, the Church invested in this future and, in so doing, redefined and expanded the way we think about missionary work and social media.

“I’ve been in broadcasting for 34 years, and eight years ago I don’t know if I would have gambled on digital media, but somehow, the Brethren knew,” says Boshard. “I believe that the Brethren were inspired. I believe that they know exactly what they need to do and what the will of the Lord is. . . . And I am so grateful for inspired men who could see that and knew that long before I did.”

Only a little over 80 years after the Church first ventured into the broadcasting world, President Monson and his counselors were inspired to create a media channel unlike anything before created—one that is motivated by a unique purpose and a divine plan. As a result, members across the Church can now share that which is most valuable to them—their faith, testimony, and love of Heavenly Father—in innovative ways that redefine the scope and possibilities of missionary work.