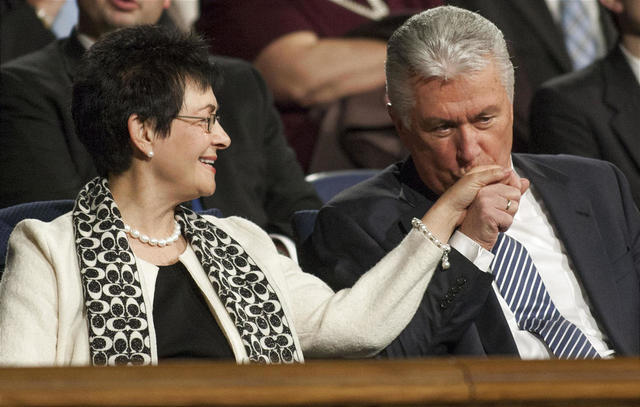 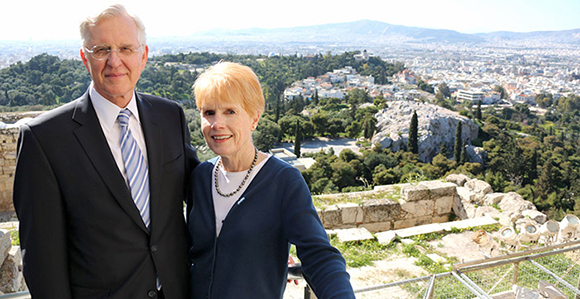 Sister Katherine Christofferson shares that she first met Elder Christofferson at the Brigham Young University football stadium. They were both accompanied by friends, and their interaction was only for a moment. As they walked away, Katherine turned to her friend and said, “Well, isn’t that just my luck? I’ve just run into the kind of guy I would like to date, and it’s never going to happen.”

The two dated through the school year and married at the end of the following spring in the Salt Lake Temple in 1968.

►You’ll also like: Elder Christofferson: When You Feel There's No Place for You in the Church, Stop & Think of This One Thing 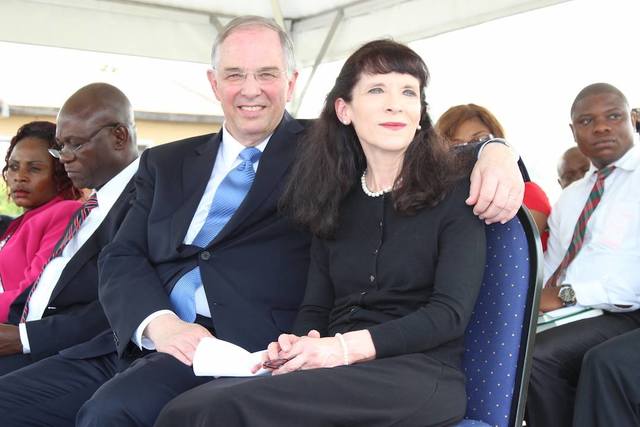 According to lds.org, when Elder Andersen returned from his mission in France, he got involved in the student government at Brigham Young University. He met Kathy during his campaign for student body office. Elder Andersen jokingly says, “Kathy was our best campaigner, and we got married to repay a campaign debt.” Kathy says, “I thought he was the most remarkable man I had ever met, and that holds true to this day and forever.”

During their courtship, Elder Andersen tried to impress Kathy by speaking French. He says in a BYU deovtional, “When I fell in love with Kathy, I wondered how an insecure Idaho farm boy could attract a beautiful, intelligent woman from Florida. I then remembered one talent I possessed: I had served my mission in France, and I spoke French. I had been told that young women loved to hear French spoken to them. But, to my dismay, I realized I did not know the French words of romance. I only knew missionary words. I won Kathy’s heart with ma chérie at the front, jet’aime at the end, and the plan of salvation in between.” Their first date was on Kathy’s birthday, and they were married in the Salt Lake Temple in March 1975. 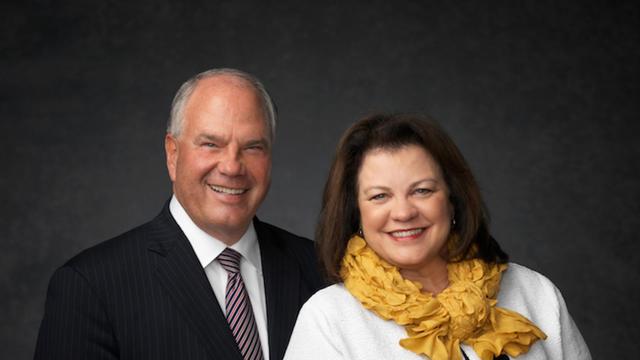 Sister Melanie Rasband shares that she and Elder Rasband met at a class in the University of Utah. However, both of them were dating someone else at that time. One day after the class, Elder Rasband said to Melanie that they should go on a date sometime since they were such good friends. As they started walking in opposite directions Sister Rasband ran back toward him. “I reached in my purse and pulled out a little Hallmark calendar, put my hand on his shoulder and hopped in front of him, and I said, ‘When?’ And that was it,” Sister Rasband says. They were engaged eight weeks later and married in the Salt Lake Temple in 1973.

About his wife, Elder Rasband says, “My wife has taken me like potter’s clay and molded me into something that really matters.”

►You’ll also like: 5 Things You Should Know About Elder Ronald A. Rasband