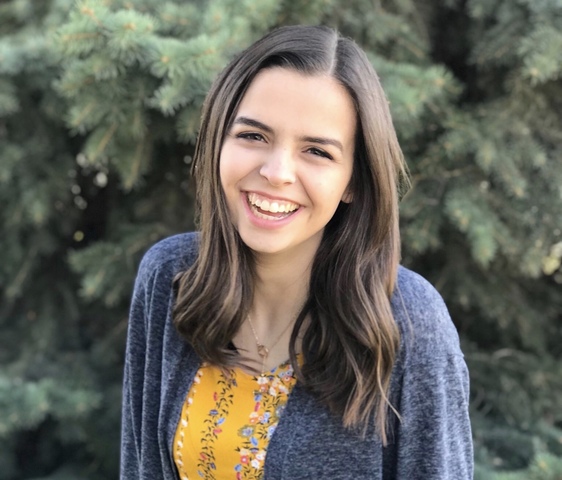 If you’ve followed my articles and social media posts over the years, you know that my 19-year-old daughter Jadi has lived quite a journey.

Overcome by crippling anxiety that hit like a hurricane, we had to pull her from school for a season during the eighth grade. When she returned, it was only with her mother as her constant companion. Yes, for the last few months of middle school, mother and daughter were locker and lunchroom buddies.

Jadi made slow but steady progress and learned to use all the tools available to a teen with these increasingly common challenges. But she was never far from a breakdown. Her mother and I had dinner dates only in restaurants with reliable cell service and on weekends she wasn’t the one with the curfew — we were.

Somehow, miraculously, she enrolled in high school and survived that four-year emotional obstacle course. It wasn’t easy, but thanks to a strong friend group and patient teachers, she did it. Just before graduation, she was accepted to Brigham Young University in Provo, Utah.

Uneasy about the transition from the comforts of home and family to a college town 2,075 miles away, Jadi persuaded her older sister Oakli to seek a housing department exception and room with her in a freshman-only dorm.

Jadi’s first semester was challenging and uneven. But despite some late night calls and texts asking for a one-way ticket home, she hung onto her sister like a life preserver.

Then, life and love happened.

Her sister became engaged to the man of her dreams and planned to be married during the winter break. Not only was she moving out, she was moving away — to Idaho.

“This isn’t what I signed up for,” Jadi told her mother in the whirlwind of wedding planning and finals.

Just days before they were set to fly home for a Christmas wedding and Jadi was set to recharge her emotional batteries, she called me pacing the sidewalk near her dorm.

“I don’t think I can come back,” the words raced from her lips as if anxiety were chasing them to safety.

After a long talk, then another, and many more with her mother, she agreed to not make a decision until she had to. That meant waiting until her return flight in January.

As the wedding and holidays passed by — too quickly, of course — we counseled together often and encouraged her to try, but always sandwiched our advice with our love and full support.

When decision day arrived, she pledged to give adulthood on her own her very best shot. It may seem to simple to the rest of us, but boarding that flight was one of the toughest things she’d ever done.

Through a quirk of dorm planning and her sister having a handsome new roomie in Idaho, Jadi had a room to herself on campus. The early days were brutal and drama in the dorm made her question whether staying was worth it. Once again there were several middle-of-the-night texts saying she’d had enough.

Instead, she threw herself into new relationships and learned to love herself again. Like an eager researcher pursuing some breakthrough cure, she began to discover piece by piece that the most essential key to healing had nothing to do with doctors, deep breathing or getting more sleep.

Yes, she needed all the family, therapy, medications, and family she could find. But she learned that would never be enough.

By leaning more fully on him, she found confidence. She learned to trust herself. She prayed like she never had. She shared her beliefs and listened to others share theirs.

I asked Jadi this week for her most honest assessment of her journey. “Dad, this has been the hardest thing I've ever done. Period. I've never been more tested, tempted, anxious, or depressed.”

Thanks, kiddo. Tell us how you really feel?

“But, as I struggled to be on my own, I learned I'm not ever truly alone. I learned how to look towards heaven and take comfort in the constant companionship of the Holy Ghost and the unconditional love of Christ.”

She continued, “I've surrounded myself with some of the best people I've ever met, and I've learned how to look outside myself to serve and love them the way Christ would. As I've learned to put others needs before my own, I've grown closer to God and my problems have become much easier to manage. They haven’t all vanished, but I finally believe I can do hard things.”

Late Friday night, Jadi and a new friend from another city in Virginia will fly home for the summer.

I can’t wait to race toward her like an awkward, obnoxious dad and welcome her home. There will be laughter, dumb jokes and plenty of tears.

At some point, with my arms around her, I’ll whisper that we knew it all along. She can do hard things, because she recognized she needed Christ as the most valuable remedy in her life.