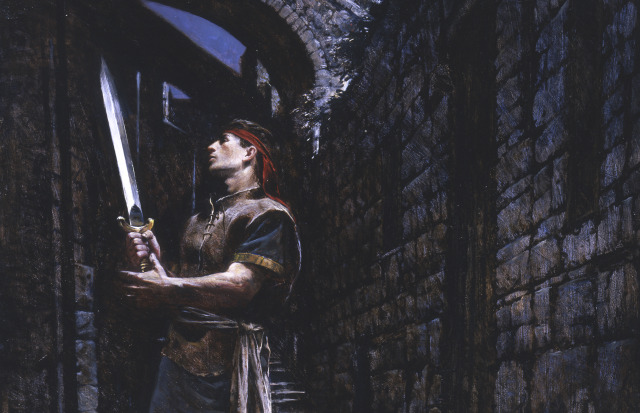 Why Did Nephi Have to Kill Laban in the Book of Mormon?

The story of Nephi being commanded to kill Laban at the beginning of the Book of Mormon in order to obtain the brass plates might be a distressing story for some readers.

But there are some important things to remember when studying these verses of scripture, writes Clyde J. Williams in the January 2020 issue of the Ensign. The first is that Nephi wrote the story more than 30 years after the event took place, with hindsight and perspective of the tender mercies of the Lord.

“The Lord was directing Nephi in a way that would result in the least loss of life,” Williams writes in the January 2020 issue of the Ensign. “The Lord had given Laban two opportunities to part with the plates. While we do not know from the record, it is likely that the Lord would have given promptings or warnings to Laban, who ignored them.”

Williams highlights the words found in the scriptures, that it is “better that one man should perish than that a nation should dwindle and perish in unbelief" (1 Nephi 4:13).

He also explains that one of the themes of Nephi’s writing is the power of deliverance (1 Nephi 1:20).

“Ultimately, the particular deliverance I am focusing on was not merely of the plates or of Nephi’s life,” Williams writes. “Nor was it the deliverance of the Nephite nation alone. Instead, the outcome was something much greater﻿—it was intended to assist in the deliverance of all mankind.”

READ THE FULL ARTICLE IN THE Ensign.

Lead image from the Ensign: Detail from I Did Obey the Voice of the Spirit, by Walter Rane