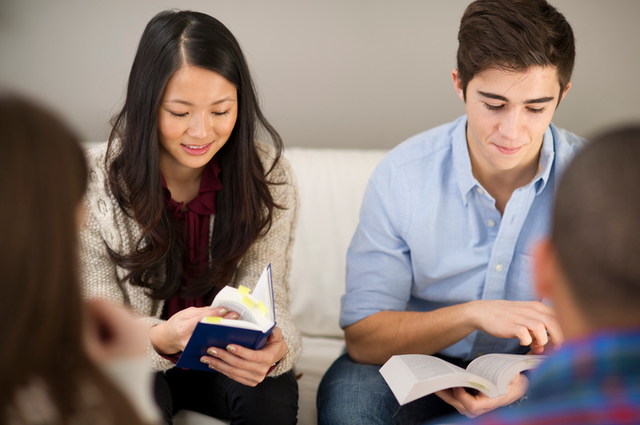 8 Ways to Teach Modesty Without Inflicting Shame or Judgment

Modesty is a topic that has gained a lot of attention in recent years. It’s difficult to know exactly what is and isn’t modest with so many different clothing options and definitions of modesty.

The Church has given us wonderful resources and guidelines when it comes to the topic. We know clothing shouldn’t be too revealing, but how do we teach youth about modesty without making members feel judged and shamed?

Teaching youth about modesty can be difficult, but the ultimate goal is to help them want to dress appropriately because they know their worth as a son or daughter of God. Here are a few ways to do just that:

1. Teach them why modesty is so important.

Teenagers don’t love being told what to do. If you tell them to dress a certain way and give no explanation, the importance and sacredness of modesty won’t resonate with them and they’ll be less likely to take the advice to heart.

The “why” behind modesty is empowering and beautiful. Each of us is a son or daughter of Heavenly Parents who love us more than we know. We have bodies that host our eternal spirits which dwelt in God’s presence before we came to earth. The scriptures teach, “Your body is the temple of the Holy Ghost which is in you” (1 Corinthians 6:19).

We were created in God’s image and our bodies are a gift from Him, so we should treat them as such. Practicing modesty shows respect for our bodies and for our Heavenly Parents. The For the Strength of Youth pamphlet teaches, “Through your dress and appearance, you can show that you know how precious your body is. You can show that you are a disciple of Jesus Christ and that you love Him.”

Official Church websites and documents are great resources for finding what our leaders have said about modesty. For example, the  For the Strength of Youth pamphlet defines immodest clothing as “any clothing that is tight, sheer, or revealing in any other manner.”

It also gives specific guidelines for young men and young women to follow. It’s a good idea to have your youth read through this section of the pamphlet and then decide whether or not they feel their clothing invites the Spirit into their lives. They should also ask themselves whether they would feel comfortable in God’s presence.

People will have differing opinions and feelings regarding what is and isn’t modest, so be patient and refrain from judging anyone whose definition is different from yours.

3. Think twice before using the phrase “modest is hottest.”

“Modest is hottest” is a well-known phrase in the Latter-day Saint community. It’s not a terrible thing to say and the meaning isn’t intended to cause harm, but what does it tell the youth, especially the young women, about their bodies and why they should dress modestly?

When young women hear “modest is hottest” over and over, it starts to sound like modesty is important for reasons like getting attention from young men. As humans, we all have an inner desire to feel wanted, but young women shouldn’t feel like they have to dress a certain way to please anyone except themselves and their Heavenly Parents.

Not only is this harmful to young women, but it wrongfully implies that young men can’t control themselves. Everyone is ultimately responsible for their own thoughts and actions, and youth should dress modestly out of respect for their bodies and for their Heavenly Parents, not out of guilt or shame.

Being a teenager is rough. It’s a time where everyone’s a little insecure, so avoid singling people out at activities, dances, or meetings for their appearance.

Instead of talking about exactly how long someone’s shorts should be, spend class time teaching the youth what Church leaders have said about modesty and why it’s important.

6. Teach them that modesty is more than clothing.

We are taught that modesty goes way beyond what we choose to wear. We should be modest and humble in our words and daily actions, avoiding bad language, body disfiguration, and acting contrary to the Church’s teachings.

Susan W. Tanner beautifully explains, “What would happen if we truly treated our bodies as temples? The result would be a dramatic increase in chastity, modesty, observance of the Word of Wisdom, and a similar decrease in the problems of pornography and abuse, for we would regard the body, like the temple, as a sacred sanctuary of the Spirit. Just as no unclean thing may enter the temple, we would be vigilant to keep impurity of any sort from entering the temple of our bodies.”

Everyone has a slightly different idea of what modesty means to them. When your definition doesn’t match someone else’s, that doesn’t mean they’re a bad person or don’t have a testimony.

While someone might choose to wear shorts above the knee, another might wear them because they can’t afford to buy new clothes and that’s all they have. You never know someone’s exact situation, so try to be patient and loving, just as Christ would.

If you’re not exactly sure how to go about teaching the modesty lesson, the most important thing you can do is consult the Lord. He will prepare you to teach the things your youth need to hear, and as you follow the Spirit, you’ll know what you need to do and say.